Theory: Mulan only calls in 2 rockets of fireworks. That’s a volley?! Can she save The City?

Hello Forum users, today I’ll be introducing a new segment called a theory discussion where I post a theory and we can answer a common question and debate on our answers. Today, I’ll be talking about Mulan’s white skill.

First, how many fireworks does Mulan call in? It’s pretty hard to tell how many just from the description so to find out, I used Mulan and ONLY her in normal Campaign mode for a fair test.
The pictures below are evidence of how many rockets of fireworks Mulan calls in. 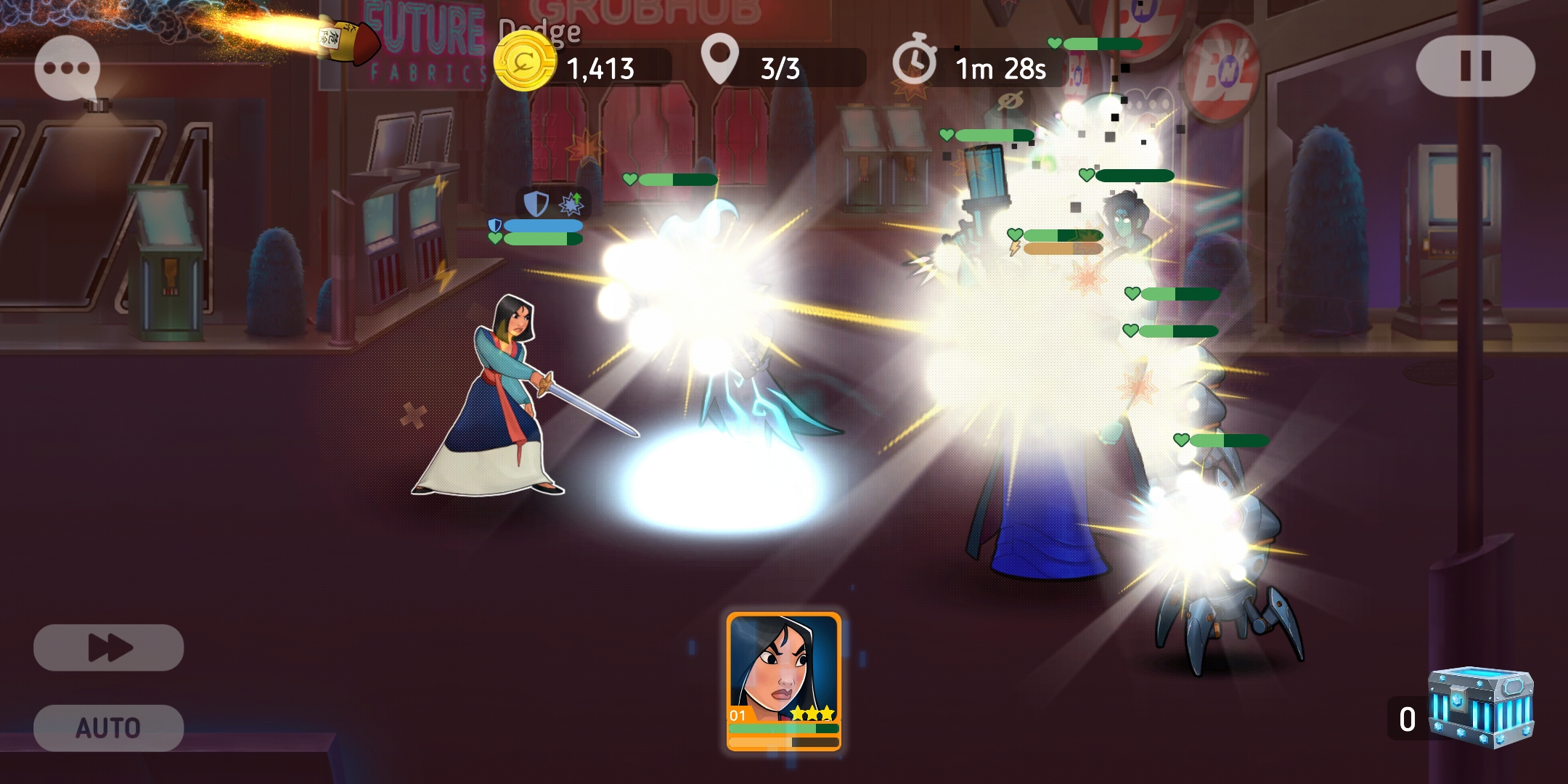 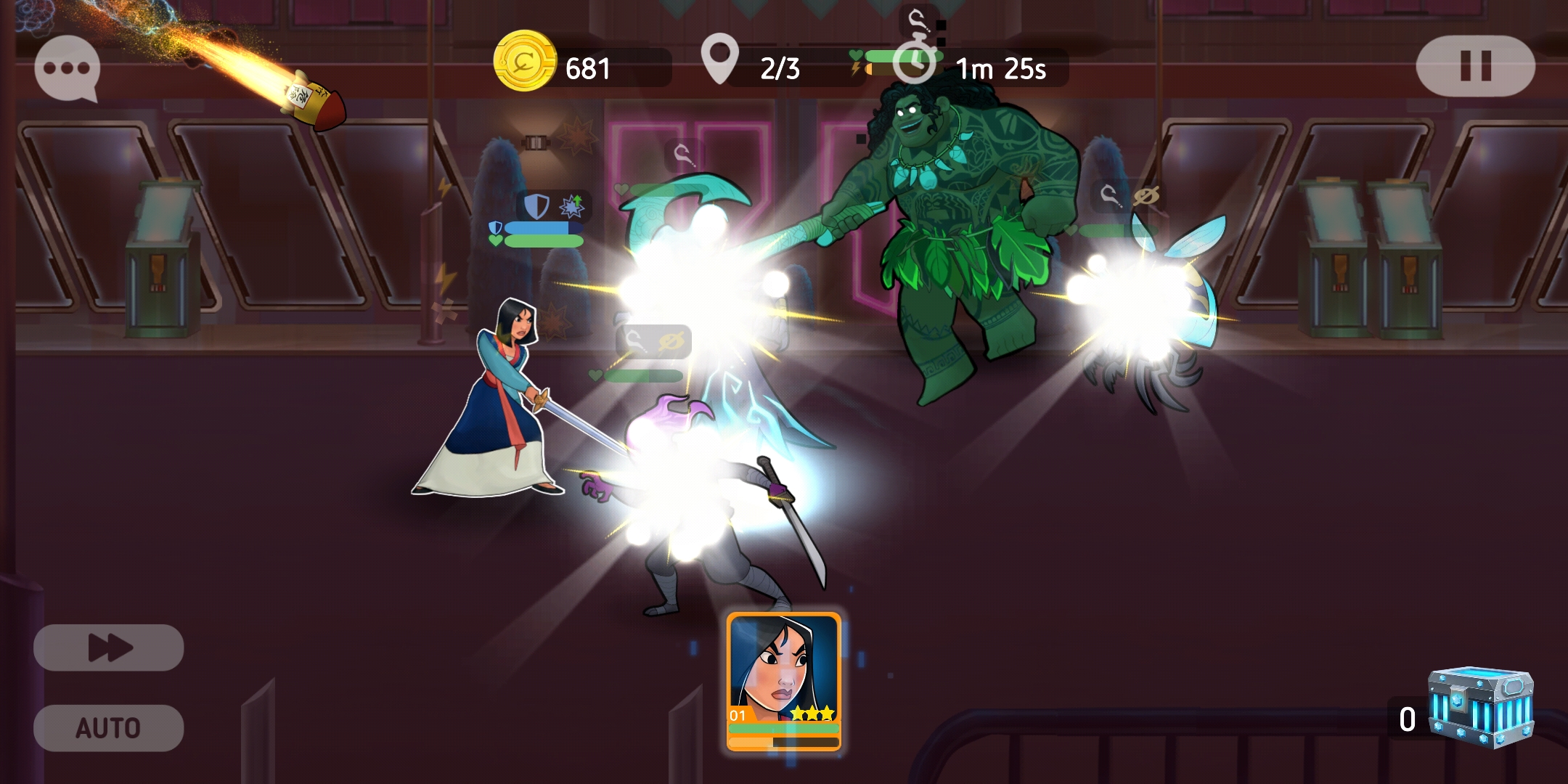 But based on my observations, I counted 2 rockets. But that’s impossible. The description says a volley of fireworks but yet the results don’t match the description. According to the Google dictionary, the word “volley” means “a number of bullets, arrows, or other projectiles discharged at one time.” A number suggests that it is more than 5. Like Merida’s white skill where she shoots 8 arrows at the enemies and the skill is called " Gaelic Volley". This suggests that the standard to say volley is 8. So this means: A. They have limited vocabulary and use “volley”, B. they change the cut-off to use “volley” to 2 or C. there are hidden fireworks. Until this theory is proven wrong, let’s assume that Mulan calls in ONLY 2 rockets.

The next question: Will Mulan be able to save The City?
Based on the assumption, it seems that her white skill deals low damage but her purple skill increases the damage dealt as it increases the normal crit chance and increases the chance of dealing 2× damage. Without the purple skill or if it is under leveled, Mulan doesn’t deal much damage. So let’s answer and debate the question! (There’s no right or wrong)

Question: Can Mulan save The City with 2 rockets or fireworks?

“Yes because they deal a huge amount of damage that can wipe out pretty much any team that doesn’t have Timon and Pumbaa or Goliath.” One said.

Theory 2: Why does Powerline’s late entrance only blinds enemies? Shouldn’t enemies be stunned?

Hello Forum Users, it is me again. Today, I’ll be tackling the case of Powerline’s skill.

As many of you know, Powerline enters combat late with his green skill. But his skill only blinds enemies. Shouldn’t it stun too? Let’s be realistic. Imagine you are fighting and suddenly something comes out of nowhere and the object is big. I mean sure you’ll be injured but won’t you be stunned from the sudden introduction of this object? One of the heroes in the game, Hiro, his white skill stuns enemies. It’s in the description. It says “Hiro summons his toy robot, Megabot, to fight for him. Megabot stuns nearby enemies for 5 seconds when it lands. ” Megabot’s impact stuns enemies so shouldn’t Powerline’s sudden entrance stun enemies too? Let’s compare. First, from the text above, it suggests that Megabot lands from the sky. But during Powerline’s entrance, Powerline is on the ground. Stunning probably suggests that the object falls from a height but Powerline enters combat at ground level. This suggests that why the stun is not a disable in his green skill. What’s your view? Express your own opinions!

Question: Should Powerline stun with his entrance that already blinds?

These two questions are open questions and everyone is free to discuss their own independent viewpoints!
Discuss now!

Can she save The City?

That’s a short response. Lol. Also, like how u kept it short and sweet.

Mulan only calls in 2 rockets of fireworks

We’ve talked about this

Lemme point a few theories out for you. 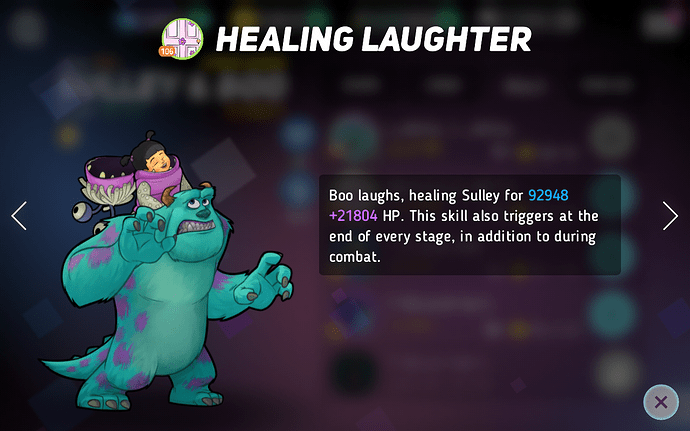 How does Woody’s pull string get big enough to lasso creeps?

How come Jessie heals by kicking enemies with her boots?

If you ask me, since we being realistic, Boo’s laughter shouldn’t do anything, Woody’s pull string should break, and Jessie should apply stacks of mud on enemies she kicked.

Skill names are just that: names. And I don’t think it’s anything to be concerned about, or to make theories on.

Sure. I can also try. And give me more! I’ll solve them!

His point is that the theory-solving isn’t much helpful

Maybe it’s worth wondering why. Curiosity perhaps is the reason why.

It’s not worth wondering why. Don’t waste your time on these theories, please.

And Why A diffrent topic should exist for this?

Maybe U could have post that in Your Tips topic.

And I’ll compensate for this and all the stuff I’ve done wrong. With a big event this November and December. Or through something else. Hope u can understand. And I get it. Some things are not meant to be. Like how my guides should not be here.

It’s different from a theory

This topic is different from a theory.

But the problem is that the skill doesn’t give energy

Whether or not Mulan fires off 2 rockets or 5, she’s still OP lol. Number of rockets doesn’t really matter, her damage is still the same regardless, right?