So am i dude

My only complaint is. If increasing cap level every 4 weeks. Trials and ports should be up to date and reflect the current cap.

Does this also mean that Adult Simba and Nala would be coming if you are using the word young.

Q: Do the refresh of heroes come to all the servers (that currently has that hero) at the same time? @Polaris

Ty in advance for answering!

What? Well that sucks

So is Yax the only hero in the refresh who doesn’t get a stat upgrade or is that information just missing from the original post?

The update is okay, but I’m kind of bummed we’re not getting lower level requirements for friendship discs of recent characters. And now that’ll be harder with the level cap increase.

Oh wow, that was a lot to digest… here’s my 2c on it all. Overall it looks fab

New Heroes - Meh, it’s good to see who’s going to be whooping my team in Arena next. They are nice to have

Sulley Refresh - Yes!! Much needed. It remains to be seen whether it makes him any more viable in PVP, but he will surely be much stronger.

Dash Buff - Oh gosh. He’s already very good. This will be the Merida/Sparrow treatment. I don’t mind since my Dash is well levelled

Yax Buff - I fear this won’t make sufficient difference to his viability. He really could use a full refresh

Quick Fight Invasion - As someone who tries to play everything strategically, I probably won’t use this a whole lot as juggling HP/life and active skills is an important part of progressing in Breaker fights (less so for Boss Fights, but if my heroes start getting bopped I’ll usually retreat before too many of them fall). For those that like to blast through it though, this will help a ton

Auto Enhancing - Will be used with great caution, much like Power Crafting. Question: will there be a confirmation screen showing exactly what resources it intends to consume? I don’t want to be stocking up on bits and then find them having been depleted with 1 button press, without my approval. That aside, it will save time for people who choose to use it

Mod Update - Mods have always seemed a bit of a ‘whale feature’, so I’m not sure how the upgrades will affect that. My fear is it will be even more so, but I haven’t spoken to any S1 players about it so can’t be sure. It will certainly add incentive to play Invasion, which can’t be a bad thing!

Other Improvements - These sound nice, I do wonder which heroes will be able to make use of this ‘Super Crit’ - 6x damage Laser Eyes doesn’t sound like a fun prospect.

Level Cap - Inevitable, and while new content is great, as usual it’s much too fast for most. However after telling people for months that the new colour will not be Cyan, I’m at least pleased to see Red rear it’s head

Good work and I do appreciate the sheer amount of ‘stuff’ in this update, particularly given the server merge that had to be dealt with also

@Polaris I was wondering why Yax is the only hero within the refresh that does not get his basic damage, max hp and skill power increase? It’s kind of weird he’s the only one with no stat increase while the others do.

Can’t wait for Simba and Nala! 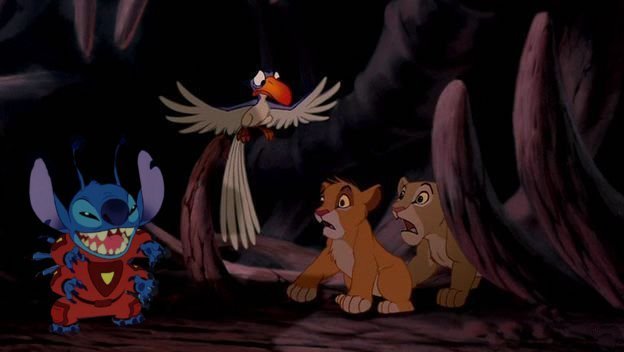 Also so happy Server 19 gets Stitch! Hope you’re not joking!

Hey nice to see a new update
Can you make the claim button in the Mail not blinking, because this cause lags if you have guild coins on store, for the rare case we get a good hero in guild crate again ^^ would Help tremendously otherwise good job but please slow down on lvl ups and just increase gearlevel

I’m sure Simba will do everything to protect Nala from the Creeps!

This is a good update! (If you ignore the cap raises

It’s great to see S&N and Jafar make it in. Jafar is a little ugly, although he isn’t exactly known for his rugged good looks.

Sulley refresh is awesome, it’s good to see Judy and Dash get small buffs too, but Yax is still going to be pretty worthless without a full refresh. His skillset is just too bland to be appreciated.

New perks sound great, this “super crit” seems neat. It’ll be interesting to see what synergies this gives rise to.

Stitch will only be available in the Diamond Crate

Miguel is ok too, I guess.

I’ll be looking forward to this update.

Now this is an update!

@IncredibleFan_VIII
simba and nala adults will not be, but it can be a costume
S14 is slightly delayed but when they are merged s5-7
we will get things like all other servers (S1-13)

@Polaris
super update but only
jafar has a slightly darker skin color in my opinion, a person from Arabian countries will not look European

has questions for you