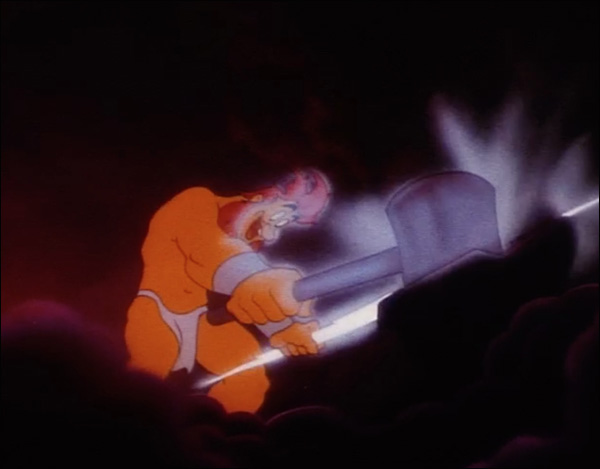 Aid to Zeus, the god of fire uses his mighty mallet and crafting skills to aid his allies.

Basic Attack: Whacks an enemy with his mallet.

Entrance: Floats down on a cloud then hops off.

Victory: Smiles and holds up a lightning bolt.

Defeat: Frowns and drops his hammer

Vulcan makes a lightning bolt then tosses it at the furthest enemy, dealing X Damage and stunning them for 6 seconds.

A storm begins and rains down on the field, dealing X Damage to all enemies and cleansing up to two debuffs from allies.

This can fail against enemies above level X.

The additional Skill Power can fail against enemies above level X.

Allies: Winnie The Pooh, The Mad Hatter, The Evil Queen

And I thought he would be friend with Hercules

The reason that he has a friendship with Hades instead of Hercules us because Zues is technically the villain from his segment of Fantasia.