What is your favorite friendship

This a basic question, what friendship do you like the best and why?

I like friendships that involve Moana since she’s my favorite Disney character.

Aside from that, I also really like the Baymax/Olaf campaign because of Olaf’s naïveté about everything around him and Baymax’s struggle to understand him.

Anything of the friendships involving Stitch for obvious reasons!

Anything of the friendships involving Stitch for obvious reasons!

I had a few months to get over it lol.

I have a lot of favorite friendships in the game.

I love any friendship including judy or nick since those two are my favorites (probably why I ship them together).

Generally, I into any friendship campaign that includes a couple in the game.

I also liked the robin hood and merida campaign because of the story. I also enjoy the dialogue between the two, story and level up.

I really enjoyed the queen of hearts and rex campaign because their dialogue between each other is so hilarious.

probably why I ship them together

Which friendship with Moana do you like the best?

I meant as a pairing.

I think I like the Maui/Moana friendship the best.

Ah Stitch and Mad Hatter is currently my favorite it was just hilarious and different from most other Campaigns and I love it. 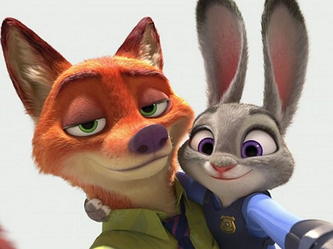 As for friendship campaigns, I’d say Nick and Robin Hood. It’s cool/funny to see them together, especially knowing that the directors of Zootopia love the fan theory of Robin being an ancestor of Nick’s.

I’d say the Zurg/Hiro Campaign is my favorite. The way Zurg is attempting to have Hiro support him is hilarious in a way

Let’s face it, who here loves a friendship with Genie in it?

Well… I liked Maui and the Genie’s friendship a lot.

I liked The DarkWing & Megavolt friendships

I liked the Aladdin/Genie one