Who are the Princesses?

This week’s Challenge is to hire princesses as mercenaries.

Who are the Princesses? There is no Princess filter.
I completed the Princess collection, so that is of no help.

I think the Princesses are:

(The collection says there are 8, but I completed as well so I’m not sure who I miss) 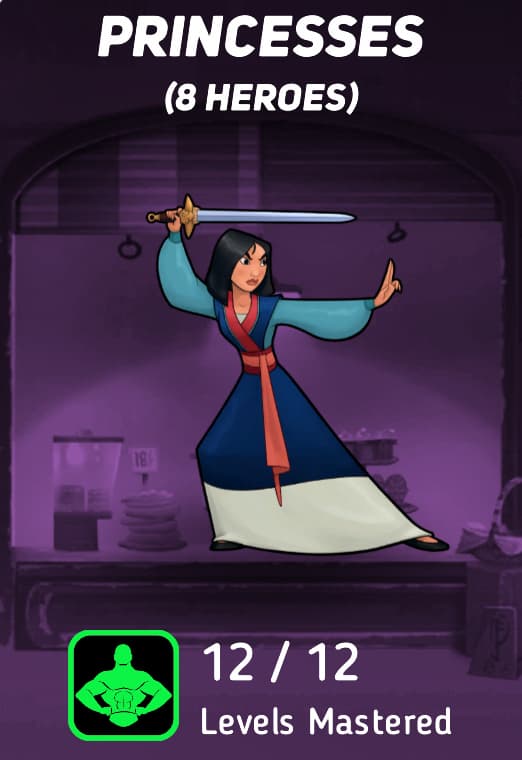 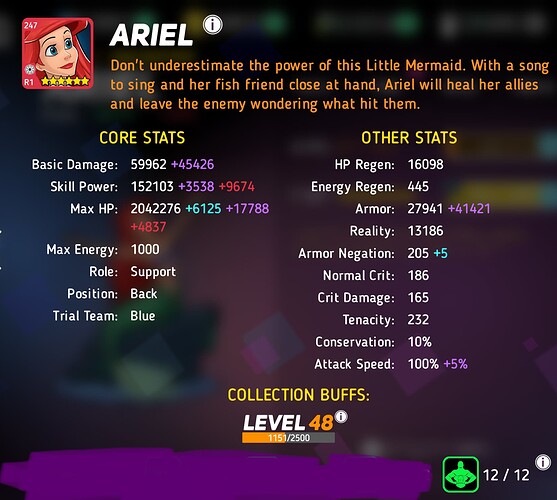 I am surprised Alice and Esmerelda are not Princesses.
Raya is also not a Princess, but I thought that was because Disney hadn’t decided if she will be one at this time.

I am surprised Alice and Esmerelda are not Princesses.

Esmeralda was never considered a princess (she is pretty thoroughly and explicitly a commoner), and Alice was only ever considered a “princess” because Kingdom Hearts needed to have 6 female Disney characters to attach that label onto and Alice in Wonderland was one of the very few IPs they were allowed to use and they were probably having a VERY heated internal argument as to whether Alice or Sally should be the 6th.

Esmeralda was never considered a princess

That’s actually false, she was part of the Disney Princess franchise at a time, but then she was removed from it

Mulan and Pocahontas are commoners, so that’s always been a source of my bewilderment.

I think when it comes to Disney, Princess means “a female lead character”, not a literal royal female.
And Disney decides who gets to be in the group.

Luckily one of the collections I haven’t yet completed

U can check collections. No need to complete it as well. It just says u need to hire heroes under Princesses section. If u can’t see it, check your stats. It should be there.

Pocahontas is not a commoner, she’s the daughter of the chief like Moana.

Yeah, the only questionable one is Mulan, as she…gets together with a prominent general who has no relation to the Emperor…?

Well, I think that are part of disney princesses, and disney marketed her as one

Actually, that is a source of confusion with me, in her movie, Moana is quite insistent that a Chief’s daughter is not a princess, so by that logic, technically speaking, neither are Raya or Pocahontas, as their fathers are Chiefs, not Kings.

She’s wrong. Characters, especially well-written characters, can be wrong. The chief is the blood-bound monarch. Moana is the daughter of the chief. The daughter of a monarch is a princess. Ba-da bing, ba-da boom.

I did some research to find out the answer.

The definition of a Chief is a local leader of a village or a tribe, they aren’t considered royalty.
A King rules an entire country.

So Moana is correct in stating she is not a princess, she’s powerful within her own village, but has no authority outside it.

At one point, Hawaii had a Queen and since that is a Polynesian based culture, they obviously do have the concept of royalty.