But then I wondered, could the Wicked World characters be used in place of their live action counterparts? 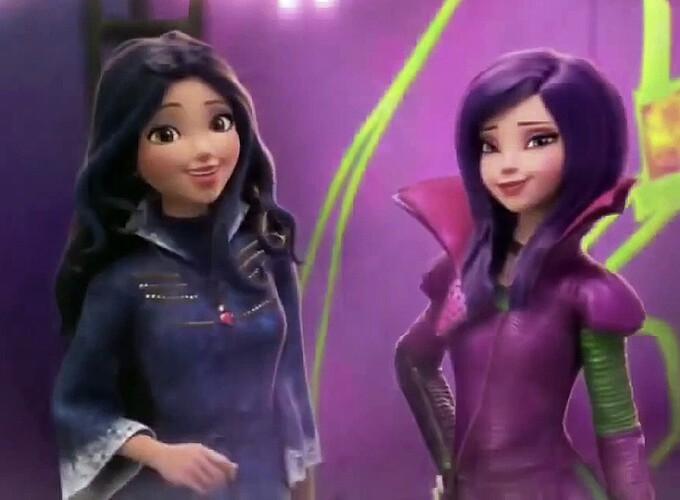 Mal and Evie would be my primary preferences, they are my favorites from this animated series.

I mean, Descendants is already a live action movie that has Mal and Evie. What more could you want?

Because Dove Cameron and Sofie Carson would have to grant permission for their live action versions to appear in the game, we can’t have them as playable characters.
The same limitation might not apply to the animated version.

And I like Wicked World better then the live action movie series.

Because Dove Cameron and Sofie Carson would have to grant permission for their live action versions to appear in the game, we can’t have them as playable characters.

Has this been confirmed? I don’t remember ever hearing about this.

The same limitation might not apply to the animated version.

But wouldn’t there still be issues, since they’re the same exact characters?

And another thing, since this game doesn’t have proper voice acting anyways, would Dove and Sofia really need to be the ones to grant permission to use the characters? It’s not like they’re the ones who directly own the characters.

It’s a generic legal clause relating to all gaming.
I’ve seen it before, games based on live action tv shows have never had the character added as an animated version unless the portraying thespian gave permission.

Same characters, but maybe not the same appearance, which may get around the above legal clause/requirement.
And for legal purposes, Dove and Sofia own their faces, so have final say on how those likenesses and how they are used.

I’m pretty sure that applies to their voices only… Disney owns the characters, it’s just up to the actors whether they want their voice used which in this case doesn’t matter.