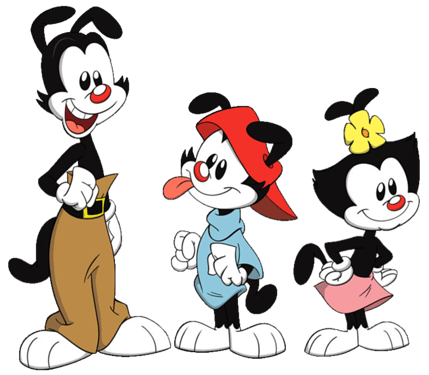 , Damage, Backline.
Team Trials: Red.
Quote: Yakko: “Goodnight, everybody!”
Wakko: “I’d like 42 pizzas, 6 with no crust.”
Dot: “Call me Dottie and you die.”
Bio: These wacky toons are ready to cause some mayhem on the battlefield, with their pies and their shaving cream.
Entrance: The Warner Brothers water tower will fall over, the hatch opening and the three will walk out.
Victory: They blow kisses, like this:

Defeat: They all start to cry.
Basic Attack: Yakko throws a pie, Wakko throws an anvil, and Dot throws a hair bow, all dealing X damage.

White Skill: Nations of The World.
Yakko pulls out a map and puts it on a stand, getting out his baton and starts to sing while pointing to countries, taunting an enemy.

Green Skill: I Have To Go Potty!
Wakko throws a toilet at an enemy, dealing X damage and stunning the enemy for 7 seconds.

Red Skill: Why Bother To Rehearse!?
Wakko’s Basic Attack stuns an enemy for 7 seconds.
-Speed increases by 75% for 15 seconds.
-Attack increases by 80% for 10 seconds. 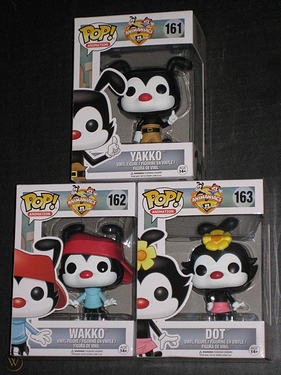 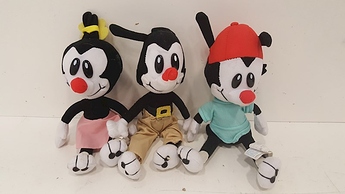 If there’s any problems, please tell me.

You could maybe make he entrance the first attack

that is a good idea.

What does “taunting” do?