Display errors when buying stuff in the markets

Loutre, can the team also please look at why the download data is so large? I dont think it has ever been so big before?

For this the player with negative score needs to upgrade a hero and it will recalculate, I believe.

Yes, this is a known issue with the level bars in game. It’ll be fixed next server update.

Server 18 all markets are lagging.
Wayyyy worse than before the previous fix.

This is when I opened 10 diamond Crates

Can you send a message to support with this so they can look into your account for more info?

Not fully ready yet so he’s not there yet! 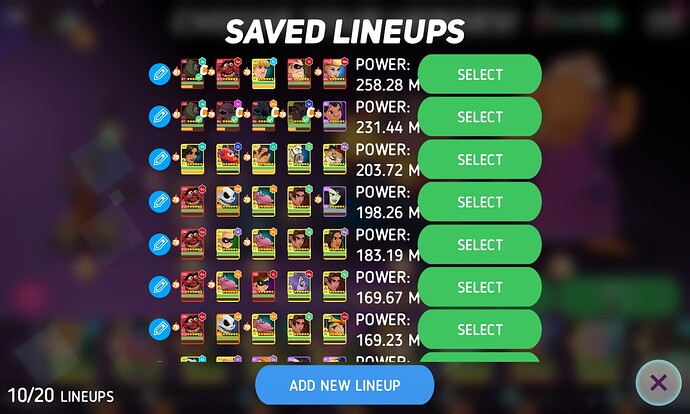 It wouldn’t surprise me if the dev team decided that an 18% chance for a stun on basic attacks was too OP, even if it was just for 1 second and just from the four AiW heroes.

Server 18 all markets are lagging.
Wayyyy worse than before the previous fix.

im on server 1 and also noticed the invasion shop lag.

Same issues for me. Lost a bunch.

I also had this issue when opening up a 10x Diamond Crate. Didn’t think to screenshot though.

image1920×887 79.9 KB
On all servers when you open diamond crate x10 only the first couple open and then screen freezes. Have tried on multiple accounts with same result. Screen grab here is from s25. Also tested on s21 and s1 with same results. Lost a lot of diamond crates on 25 as result as didnt catch issue in time.
1 Like
Private_Mowgli_XCII March 9, 2022, 9:25am #122

I noticed lag on 21 when I wrote ticket. I will check tomorrow when invasion shop resets on multiple servers to see range of lag.