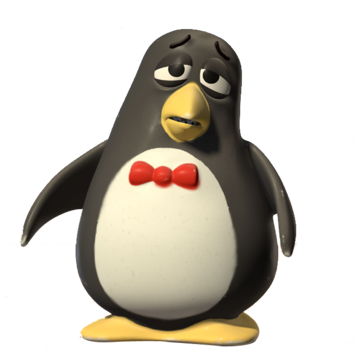 “I think I feel a song coming on!”

Entrance: wheezy walks into the battlefield with Mr. Mike who then hands wheezy his microphone

Victory: wheezy winks at the camera

Basic attack: wheezy sings into his microphone which sends a music note at the nearest enemy, dealing X damage

White: you got a friend in me

Wheezy sings a song on his microphone until his energy runs out, this continuously heals allies for X amount, increases the duration of any buffs on them by 5 seconds at the start of the skill and makes wheezy and the ally with the least HP invincible for 10 seconds.

Wheezy let’s out a loud squeak from his new squeaker, dealing X damage to all foes and silencing them for 10 seconds.

At the start of each wave, wheezy accidentally misses catching the microphone which then hits the nearest enemy, dealing X damage to the foe and silencing that enemy for 5 seconds.

Purple: a song coming on

All silences to enemies now decreases their invasion by 35%.

“You got a friend in me” now increases all allies attack speed by 100% for 5 seconds.

All Silences dealt to enemies now slows enemy movements by 45%

Healing by wheezy is now increased by X amount whenever wheezy gains invincibility from any source.