Adventure is out there (likely concept)

Here’s something to make up for the fact that I copied some of a skillset from @Slinky-Dog, a totally non-copied concept of Charles muntz, the main antagonist from UP 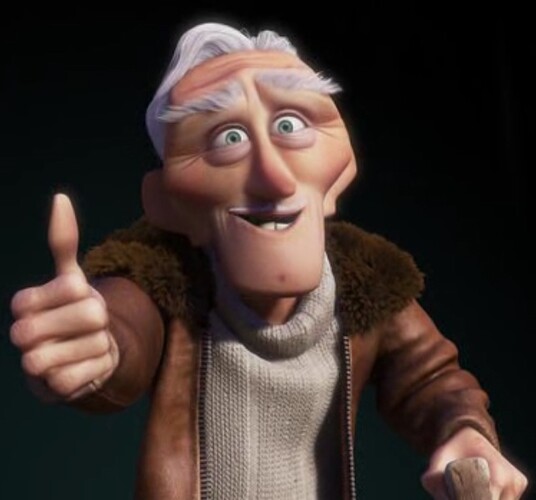 “Adventure is out there!”

An explorer consumed by paranoia and bitterness, charles muntz will stop at nothing to get what he wants…even if he has to get it dead or alive

Entrance: Charles Muntz walks out from the spirit of adventure (the blimp is offscreen) and pulls out his rifle

Defeat: Charles Muntz gets annoyed and glares at the enemy team

Charles muntz shouts a command through his blimps communication line then three airships ride above the enemy team while shooting tranquilizer darts at the enemy team, dealing X damage to each enemy and stunning each enemy for 7 seconds.

Green: Get away from my bird (Fantastic damage)

Charles muntz throws a lantern at the enemy with the most skill power, dealing X damage overtime for 7 seconds and decreasing the enemy’s attack speed by 100% for those same 7 seconds.

Blue: Get them (Normal Damage)

Every third basic attack, alpha runs through the battlefield while charles muntz is doing his basic attack. Dealing X damage to each foe that alpha passes through and stunning them for 7 seconds.

If the enemy is already stunned when this move is activated, they are instead sapped for 10 seconds.

Whenever muntz defeats an enemy with “Get them”, muntz will gain precise for the rest of the wave and will also gain X crit power.

“Take down the house” now deals X more damage to stunned enemies while also draining 25% energy from each enemy.

All stuns to enemies now steals 2 buffs and gives them to the ally who stunned the enemy with it’s duration refreshed.
+X damage to “Take down the house”
+X skill power
+X max HP