Okay, the new characters are absolutely broken, but are my best characters in the game. That being said, I can’t even beat Quasimodo in the arena/colosseum even WITH a full team.

Also, all the new characters have to face Yellow rank enemies just to get their friendship disks. REALLY!? This is bad because I can’t get the friendship disks for characters like Meilin, Quasimodo, etc. I just hope PerBlue will change this and/or make the upcoming characters’ friendship campaigns easier. I mean, look at this! 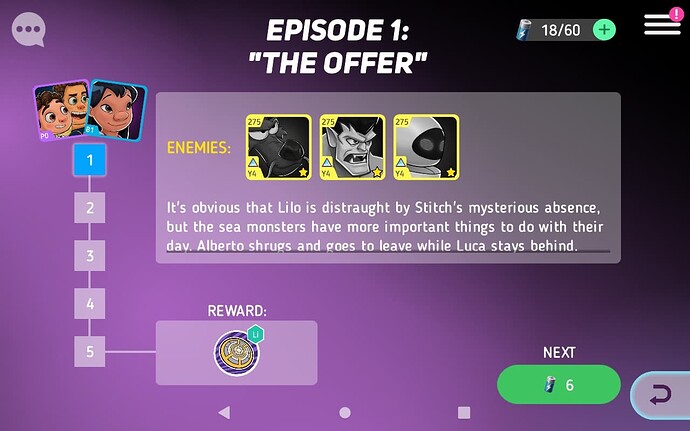 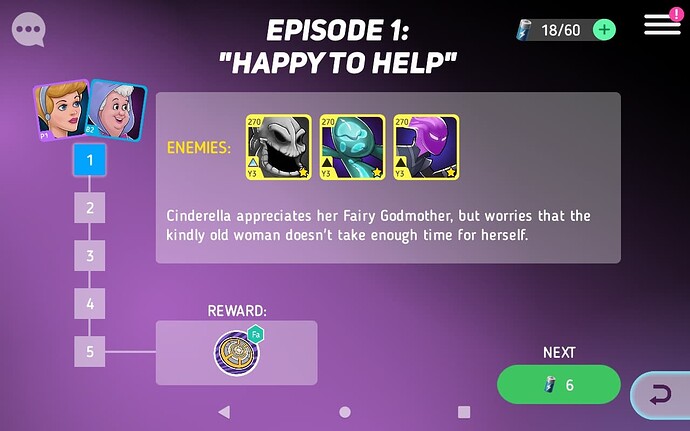 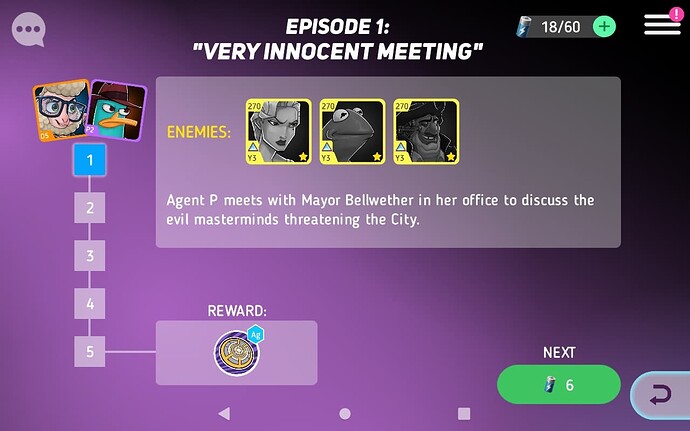 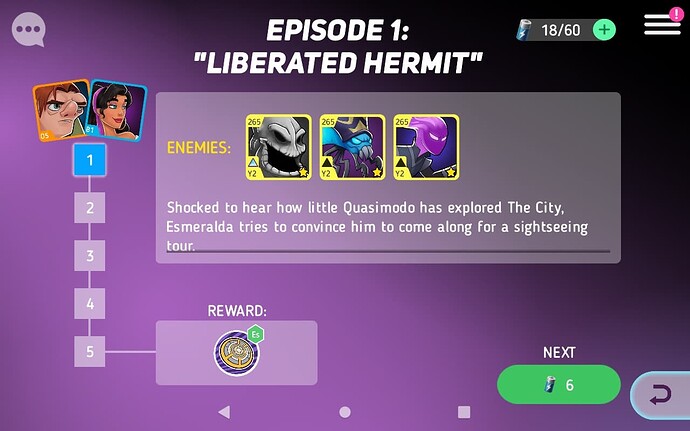 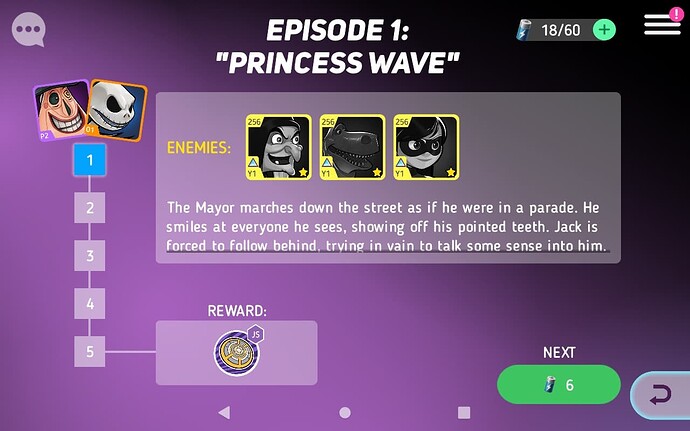 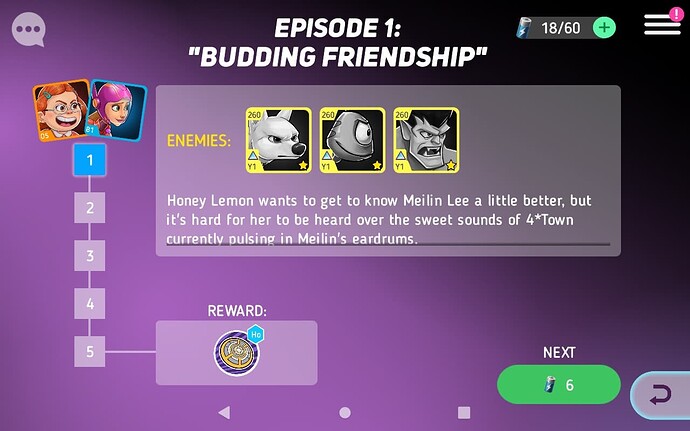 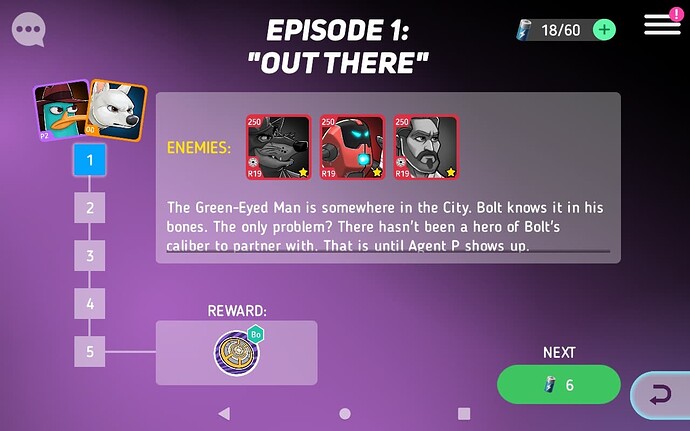 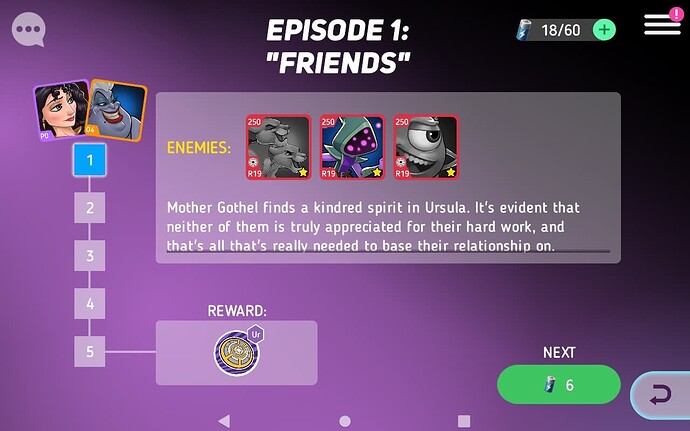 This is why I stopped playing Friendship campaigns, I literally do not have the stamina reserves to upgrade randomly chosen characters to Yellow just for one campaign.

And the 3 random choices change every 5 battles, forcing you to raise up some other group.

Run power up missions for them . Its the only way you’ll ever get anywhere with them unless you upgrade your toons.

If you don’t plan on using the hero, does it matter if you can’t unlock their friendship disk?

If you do plan on using them, they will need to be ranked up anyway, and most heroes can solo their campaign if they are strong enough, with most new heroes dealing both damage types

It’s very rare that I’ve got to waste resources on unwanted heroes to unlock a disk I want.

his is bad because I can’t get the friendship disks for characters like Meilin, Quasimodo, etc.

Excuse me? What do you think will happen, using Purple heroes against Yellow enemies?
Obviously, you need to upgrade heroes (at least 1/2) going on these campaigns, and not even to the max.

Like Pip said, if you don’t want to upgrade these heroes, you won’t use them, so you don’t need their disks.

Plus, the reason you cannot beat the friendship campaigns is because your heroes are at purple and blue, and the enemies are at yellow….

For future notice, I would recommend looking into it a little more before making a topic. You can always use power ups!!

FYI, powerups don’t work, at least they don’t in my personal experience.
I know because I tried and failed using that approach.
I think the problem is, powerups boost attack damage, but not health and armor, so when the enemy team counterattacks, it’s an instant defeat.

Honestly, I think this is about selling stamina to rank up characters.

The concern has been raised before that Friendship Campaigns used to be fun, but now due to this level disparity, they are not.

I know of only one game that raised difficulty level above player capability to match or surpass it and that game has almost no players left because those who thought it was too hard ragequit.
I would not be surprised if that is where this game ends if PerBlue fails to learn from the mistakes of those who came before them.

Honestly, I think this is about selling stamina to rank up characters.

Incidentally to rank Luca & Alberto to Yellow 0 for the prize wall, I just spent 29k stamina only. Prefarming badges can help a lot!

Oh, and, over a year ago, PB made friendship campaigns much easier, before enemies were equal to server’s max level and rank, going +50 levels above. Now enemies have significantly lower ranks and levels–

Power-ups are a waste of time, better use these missions on memories.

Friend campaign has always and forever will be my most hated part in this game. The enemies are stupidly overpowered, the team we have to face is annoying and in every campaign there will be some direct counter to our main heroes to force us to use other 3

Friendship power-ups are not really helpful in small quantity. We need a lot of them as we can’t wave our magic wand and poof, our new heroes reach max lv immediately

They think friend campaigns are easy…for whales, who have every hero worked on. So they try to make a challenge for players. Guess who get frustrated? And who dont?

Oh, and, over a year ago, PB made friendship campaigns much easier, before enemies were equal to server’s max level and rank, going +50 levels above

They never announce it. The only time they did it was 3 years ago. I hope they would do that adjustment again because friend campaigns are horrible

Incidentally to rank Luca & Alberto to Yellow 0 for the prize wall, I just spent 29k stamina only

I spent more than 200k stamina to bring them to Yellow

wow, you are good. I can’t pre farm all those bits…I’m lazy so I use quick promote

They never announce it.

Well, they did that anyway.

I spent more than 200k stamina to bring them to Yellow

wow, you are good. I can’t pre farm all those bits…I’m lazy so I use quick promote

The only (known) change planned is…

The team is looking for feedback specific to the Friendship Campaign! Right now players start with 2 heroes and add more to their team as they progress through the friend campaign. We’re considering allowing them to use all 5 heroes from the start to remove some of the frustrations with friendships. poll

Nothing has been said again on this feedback and when this is expected to be implemented
I asked Nugget if we can include on the Roadmap - this seems like the ideal thing to put on the Roadmap to show that it is being worked on.

I do hope that when this is implemented, it doesn’t change the enemies used in friendship campaigns

… ok? It’s not like having 5 heroes will help over only 2 heroes.

For me… no changes regarding the friendship campaign are required, but getting memories needs to improve.

Of course it will!!

Currently, if you want to advance most friendships past stage 1, you need both heroes at an adequate level to counter the enemies, whereas if you could use all 5 heroes from the start it will be easier.

Let’s take Disgust’s Sadness disk.
Sadness is currently C-Tier and Disgust A-Tier, therefore chances are if you are low on stamina, you will work on Disgust but not Sadness.

So to unlock the disk, you need to fight with Sadness and Disgust past Stage 1 and only thereafter will you have access to Ian, Linguini and Jumba at their various stages.
If you only have Disgust and Ian levelled (only two of them at A-Tier and above), you won’t get past stage 1 in order to unlock the disk.

If the change is implemented, you will have access to Ian (and Jumba and Linguini) from Stage 1, making it A LOT easier to progress, without having the need for 40 powerups.

.
Yes, if you have all heroes at a usable rank, it doesn’t matter - but the purpose of this is to help lower power players unlock disks sooner to help them in fights, without the need to level lower ranked heroes and waste stamina on them, just to unlock friendship disks
The same can be used for most disks where one hero is far better than the other.