First off I just want to say how much I enjoy this game. Really amazing for a mobile game to be so much fun and well-designed. That being said one of the things I noticed about it however is the lack of diversity of the characters. This could be due to a number of reasons:

Secondly could be that despite PerBlue having a diverse company, it is based out of Wiscosin a state that isn’t the most diverse. Sometimes this kinda thing is just unconscious and its probably more of a Disney issue in general but I thought it was just worth bringing up for the sake of discussion.

Of the characters there are a total of 45 “human” characters. Of these human characters 35 are white.

Some Ideas for Characters to Increase Diversity:

Again just some thoughts. Diversity is what makes the world great! @Polaris

Obviously the human characters will only be as diverse as the roster of current Disney characters available. A lot of the older movies naturally had a majority white cast along with the obvious animals (but don’t forget that even within the “group” of white characters there is a lot of cultural diversity - Herc and Meg are very different from the characters in Alice in Wonderland), so I think PerBlue just started with a lot of the beloved characters from the classic movies to cover their bases. As the Disney character roster grows more diverse, I think the characters in this game will slowly reflect that.

Even so, I think one should take into account the fact that the non-human characters already make this game pretty diverse (this is a game based on the company whose mascot is a walking, talking mouse, after all!)

A lot of the characters you suggested have been heavily requested by players, and I imagine PerBlue is in the process of developing some of them, or at least considering them. Given that Mulan and Mushu are highly requested (from my experience), I have a feeling they’re saving them for some Chinese New Year update, which would be sweet.

So in principle, I’m not really disagreeing with you at all - I too would love to see ethnic diversity in the game - but I just think it takes time to create the PoC heroes people are clamoring for (don’t forget that coming up with the skill sets for some of these characters is difficult enough, especially if they’re not particularly action or magic-oriented). Even though I’ve taken a break from the game, I don’t doubt that PerBlue has been inundated with requests for new heroes and are trying to keep up with them (and even then, there are a lot of complaints that they’re churning out new heroes too fast), so I think we just need to be patient.

He is from Taiwan

Lol true. He did “come from” Taiwan but he originated from America

I hope Mulan characters come for Chinese New Year since it’s very soon! Then we could get hongbao and Mulan!

So, “white” is the term used to describe American people. But…

Conclusion: The game is more diverse than you think

And this disgusts me. Quasimodo is still from somewhere, no? He is most likely French… and/or Roma. I mean look at his parents.

At the risk of sounding politically incorrect, I am going to say something controversial in the sense that I think diversity is more important in places other than ethnicity? Of course it’s not a bad thing to have, I would love Mulan & Pocahontas in game, but for reasons other than their skin tone.

I really don’t understand why people think they can only connect with a character if they have the same skin tone? I understand it means there’s someone who looks like you and whatnot, but to me it’s rather shallow for that to be considered the most important thing?Maybe it’s just me but I also think it’s unfair to criticize PB for being located in an area that is not “ethnically diverse enough”?

My two favourite heroes in game are probably Elsa and Hiro.

No, I’m not a girl with platinum blonde hair or skin like ice. No, I’m not a Japanese-American boy. But I connect with these characters in ways other than their skin tone.

My point is, I think it’s more important that we see diversity beneath the surface, getting characters with a variety of personalities and experiences, and I think this game and Disney in general are offering this to us.

I would agree that Quasimodo’s race, ethnicity and nationality would be considered to be European-Causcasian/French-Roma.

This was a suggestion for diversity outside of race/ethnicity/nationality more a side note at the end, against ableism…

Regardless I respect your point of view regardless how different it may be from my own.

White/Caucasian is Race/Ethnicity not necessarily indicative of the American nationality.

I do agree with you that we have a plethora of nationalities within a Eurocentric ideology. As you noted, there are Scandinavian, British (Includes Scottish), French, Greek as well as North American (Canadian, American) nationalities.

So in summary, there is a diversity in nationalities, just not in race/ethnicity.

Same as Ruby mentioned. I’d like to see most characters you mentioned, but for their fighting abilities, not for a diversity.
But after that speech, I wonder if some humanoid characters you mentioned actually have a race. Like, WIR, TS and Quorra. They are not organic beings. And how a toy race works? Like, the appearance/character origin or where a toy is made? If first, as an example, Bo would be British. If second, some toys are Asian.
Wow, now I have questions for a couple of nights

@Turned_To_Sin I respect your point of view and your thoughts on this. I do think it is possible to determine race with cartoons or “humanoid characters” or if they are a “person of color” or not.

In Quorra’s case, in Tron: Legacy, Olivia Wilde is the Caucasian American-Irish actress who plays Quorra.

How could say buzz is from taiwan? i am not sure pepole there speaking spainish look buzz shown to knon in toy story 3 if anything he is spainish or from latin america 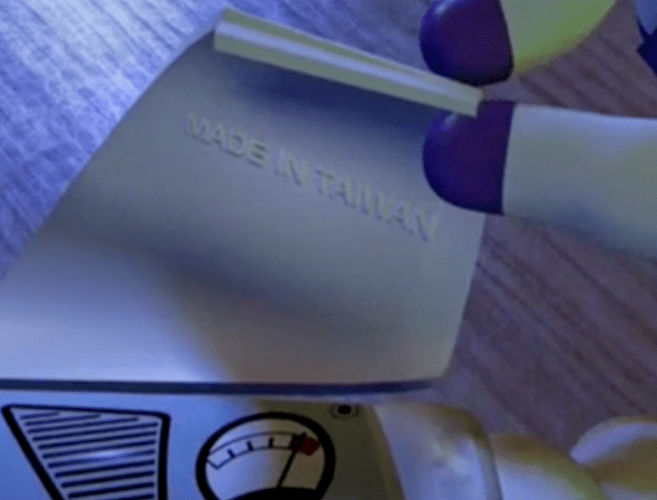 He was “made” in Taiwan, but the movie is an American film. In the movie, Buzz was produced in Taiwan.