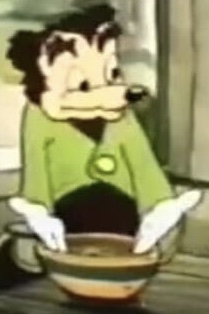 Quote: “Somebody toucha my spaghet!”

Description: Papa Bear brings out his rage and fists to battle against his foes in the battlefield.

Fantastic Damage
Papa Bear starts punching all over the place at the closest enemy, dealing X damage per hit and will stun that enemy for X seconds.

Blue Skill: Smack In The Head
Papa Bear slaps his forehead angrily, granting himself X energy and increase his attack speed by X% for X seconds.

Fantastic Damage
“Big Fistfights” will now deals X damage over time and will also give off knockback.

Red Skill: Strict Punishment
“Smack In The Head” will also make surrounding enemies lose X energy and X armor. And every time an enemy gets KOed, Papa Bear increases his basic damage and attack speed by X% for the rest of the wave.

If you don’t know who Papa Bear is, he’s from a non-Disney cartoon studio called Terrytoons by Paul Terry and an episode called The Three Bears. He is famous for his funny Italian accent which became an internet meme.

But, as always, feedback and improvements are welcomed and I hope you liked it!

Memes don’t die if we remember them

Somebody touched my spaghetti