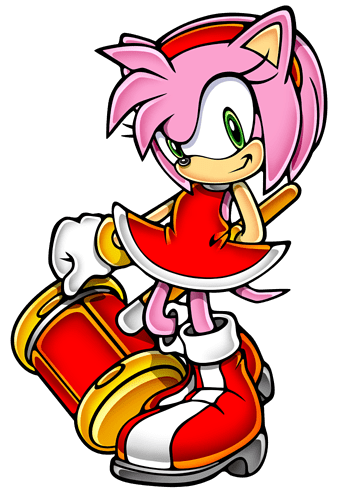 Entrance: Amy runs into the battlefield

Defeat: Amy gets knocked down as he gets mad at the enemy team

Basic attack: Amy hits the nearest enemy with a jab and a straight punch with boxing gloves, dealing X damage

Amy pulls out her piko piko hammer and smashes the nearest enemy with the hammer, dealing X damage to the enemy and stunning the enemy for 5 seconds.

This move deals an extra X damage per each charm on the enemy team.

Stun has a chance to fail against enemies above LV Z

Amy pulls out a tarot card and foresees the future of a chosen enemy, making all attacks from that enemy miss it’s target for 10 seconds and also cursing the target enemy for 7 seconds.

Amy uppercuts the nearest enemy, dealing X damage, stunning the enemy for 6 seconds and knocking the enemy back.

“Hammer attack” and “Girl’s upper” now has a 45% chance to charm the target enemy instead of stunning the enemy.

Each attack dealt by a charmed foe now heals Amy and her team by X amount.

The healing done by the effects of “Never fear” is now doubled by X amount.