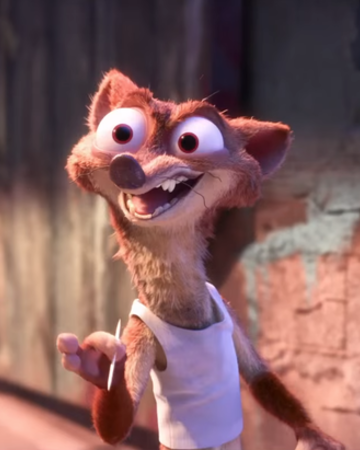 Entrance: Duke runs in with a duffle bag in his hands before dropping the bag and looking behind him to check for cops

Victory: Duke points and laughs at the enemy team

Defeat: Duke tries to throw a giant doughnut but it falls on him and traps him in the hole of the doughnut

White: have a doughnut (

Duke Weaselton tries to throws a giant doughnut at the enemy team but the doughnut is too heavy so he rolls it instead. the doughnut deals X damage to each enemy it passes through, knocking them back and stunning them for 10 seconds.

Stun may fail against enemies that are above LV Z

Green: all your favorites

Duke shows off one of his pirated dvds to the closest enemy, charming them for 10 seconds, when the charm ends, Duke also steals 45% energy and 45% crit chance from that enemy for himself.

Blue: catch me if ya can

Duke taunts the enemy team while pointing at them, increasing duke’s attack speed by 100% for 15 seconds and increasing the blue skill cooldown of all enemies by 100%.

Duke gains 60% attack speed whenever he steals more than 35% energy.

“All your favorites” now steals 35% more crit chance from an enemy if he has more than 40% energy.

“Have a doughnut” now resets the cooldown of all skills on each enemy when Duke has gained more than 55% energy.

The duration of each buff on Duke is extended by 3 seconds for each time that Duke crits against an enemy.

Funny, I just started drafting my concept for him lol.

And why not make one of his friendships be with a Frozen character?

or a Moana character, Wreck it Ralph ect.

Legend has it, this is the most paused movie scene ever 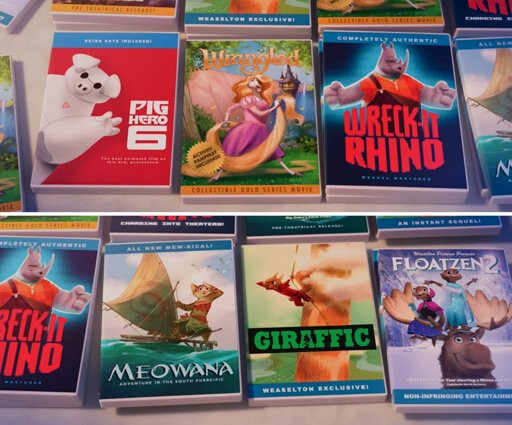 Frozen because Duke Weaselton is a parody of Duke of Weselton

I… I forgot about that