Friendship & Powerups needs to be reviewed

I have been acculumating the results of powerup for quite some time now, hoping they would alter the balance of power enough to achieve victory for previous impassable missions.

After several consequetive failures despite the numerical advantage supposedly favoring my team, I consulted with my alliance and they had something important to say, that powerups boost skill level, not health stats.
So you have a character with 1000 HP who can release an 10000 damage blast, but can’t survive the 10000 damage blast they get in return.
Also, their basic damage is likewise not boosted to compensate for the difference.

So given this information, PowerUps should be revised to boost stats and basic damage, otherwise there is no porpoise to actually running the missions in the first place,
They may as well be replaced with 7 missions to get disc power instead, for all the advantage they do not apply.

It looks like the only way to succeed is to use red badges, which costs stamina,
I do not know about other players, but expending stamina on unused characters for the sake of a red power increase and one isolated mission chain is not recommended.
Especially when I have 16 other characters I am trying (not succeeding!) to max out in terms of badges.

These are my two most frequent failures:

Things like HP, Basic Damage & Skill Power are boosted. What’s not boosted anywhere near as much is the hero level - hence why the opponents Elsa & Kristoff in the screenshots are still able to freeze your heroes if their hero level is too low.

Not that kind of powerup. 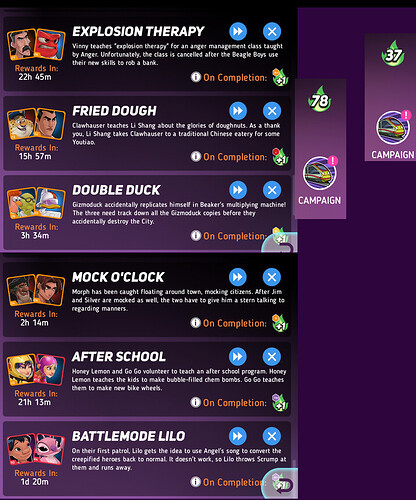 I know, I may be wrong but I thought they had the same effect

I think it does, I heard someone else mention it before
I could definitely use confirmation though

It def buffs HP, I remember I I had my R0 Fred for his Barley´s friendship, and at first he didn´t survive Scar´s bite, but 18 powerups later: He resisted and I could pass the level

Maybe you need to level up manticore a bit, just so she has more BD than mushu and elsa freezes her

Mushu is 59 levels above the minimum and even that is not enough.

Difficulty is not “minimum”. Never has been.

Not that kind of powerup.

They are legit the same thing, just under different names

The [Friend Campaign] Power-Ups give the same stats as Invasion Power-Ups.

I considered that, but when I investigated the disparity:

The difference is too great to overcome easily.

Players keep telling me, if you are not using the character, do not invest stamina/badges/XP bottles in those characters.

Also, someone helpful informed me that freezes cannot be resisted no matter what, so given the restrictive conditions of the first chapter, uncertain what countermeasures can be utilized.
It’s not like Fred can be invited to the party:

They are legit the same thing, just under different names

If so… you need around 100 or more power-ups to have working tenacity. And it doesn’t give evasion at all then—

As for now. Top-tick. Upgrade your heroes to high ranks to get decent evasion and tenacity to ignore all of the disables’ bad touches.

I think the cap for Friendship PowerUps is 99, so 100 is not possible. 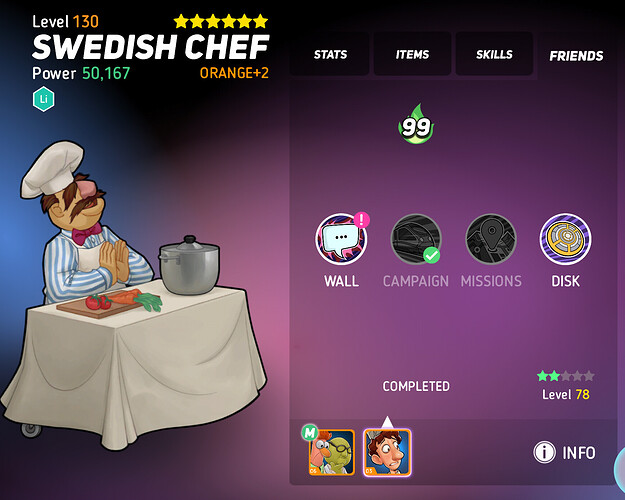 Is it possible to evade or ignore freezes?
Because the player advising me previously seemed very certain they can not be mitigated and/or avoided. 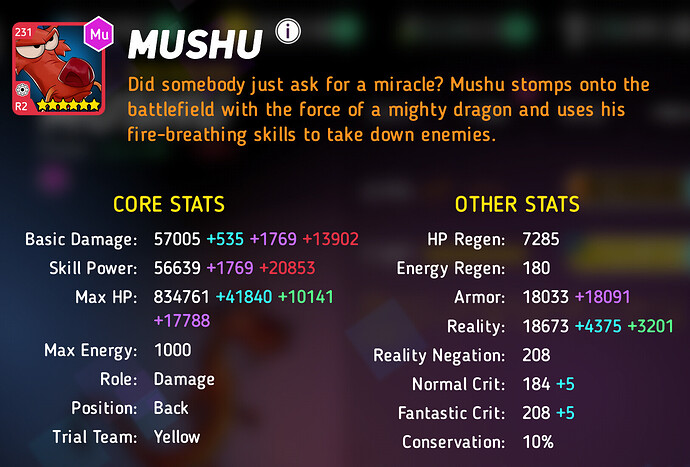 Is it possible to evade or ignore freezes?

Yes, and you know the very obvious answer: rank them up

But if you don’t want to, then no

I think the cap for Friendship PowerUps is 99, so 100 is not possible.

Could that be a server specific cap?

While I have no information on if it applies to Fiendship Campain Powerups, other caps have varied from what I know to be the limit on my specific server.