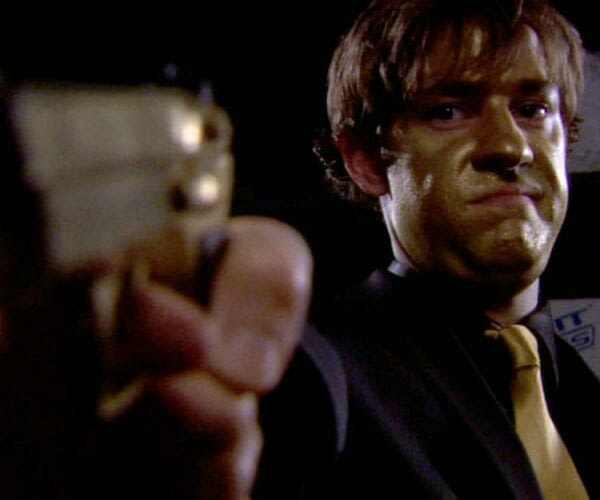 Goldenface was enlisted by the President to take down his nemesis, Agent Michael Scarn.

“All you have to do is to forgive me for murdering your wife.”

Basic Attack: Shoots with his gun
Entrance: Walks in holding the gun and laughing
Victory: Blows on his gun
Defeat: A puck lands on him before blowing up

Fantastic Damage
Goldenface throws a puck, with a bomb hidden inside, to the enemy backline. The bomb then explodes dealing X damage to nearby enemies and blinding all other enemies for 13 seconds.

Normal Damage
Goldenface points his gun at the head of the closest enemy and shoots them dealing X damage knocking them back and reducing their reality by 50%.

Normal Damage
Goldenface calls his henchman to the enemy backline. The henchman then shoots a random enemy 3 times dealing X damage with each shot.

Purple Skill: Golden Healing
Goldenface heals for 40% of the damage he deals.
Healing is less effective when damaging enemies above level X.