These series of guides offer detailed tips and analysis from me.

Mulan is an OP character, dominating the Arena and Coliseum! Lol. 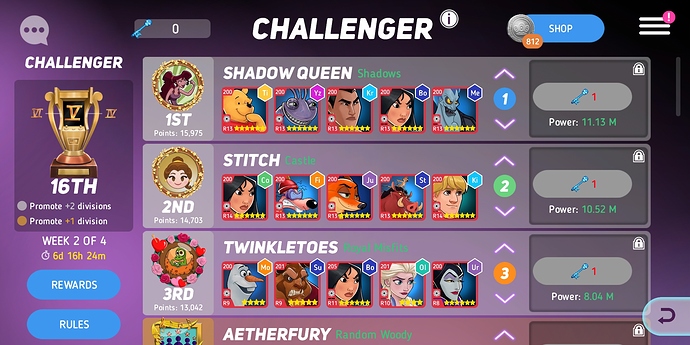 Here’s the guide and my analysis of her.

Mulan although is lethal in damage, she is weak without any support and could KO when she is disabled for she also has no tenacity to reduce the duration of the disable.

The horse who neighs into the battlefield and is the polar opposite of Minimus (from Sofia the first). Hahaha. Get it?

This is my guide and analysis of him.

Maximus has the abilities of a support with his red skill and can deal both types of main damage (fantastic and normal). He also can self-heal to keep in shape while in combat

This skill can blind enemies, and can dodge enemy damage temporarily. This damage is also This skill is useful and most effective when there are heavy damage dealers as allies like Merida, Moana and Pooh.

Can you be clearer?

To increase the effectiveness, use heroes that can target the backline like Elsa.

Elsa doesn’t increase any effectiveness of the initial rocket. Mulan just damages and stuns a backliner and that’s it.

If you’re talking about Elsa’s initial freeze with her red skill, that red skill targets enemies with the most skill power.

You didn’t provide any info here.

So you’re saying Mulan does not have crit stats? She has an 89% chance to super crit with shields at R14.

She has something called “Evasion”. But she has 54% chance to evade…

Vulnerable to heavy damage (She is on the front line)

Mulan can get a better boost when she is shielded or she can increase damage dealt with the normal crit upgrade.

Yeah, we also know that.

Don’t you think you can add a bit more to this?

To increase effectiveness, add upgrades to this skill through mod upgrades or upgrade the skill first.

Sorry, let me correct myself. I meant to say that the duration will increase because of the lesser effective tenacity.

I meant to say that the duration will increase because of the lesser effective tenacity.

Isn’t it so? Let me explain my logic.

Assuming that your total tenacity stays the same, and you upgrade the skill to a higher level, the effective tenacity is reduced isn’t it?

I give you an example

I think tenacity is dependent on the hero’s level. Not skill level.

Apparently this is the official meaning of Tenacity 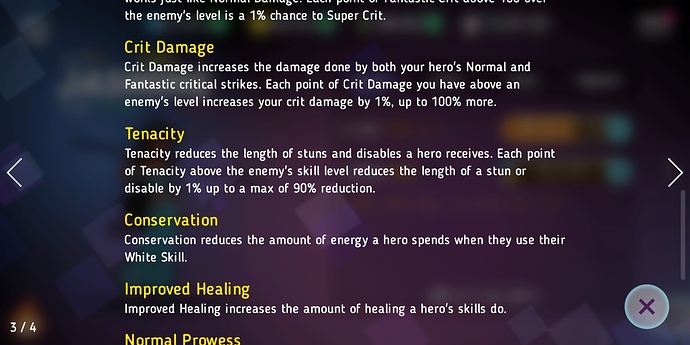 Interesting to read the descriptions again and find that evasion and tenacity (avoiding and reducing disables) are dependent on skill level and not hero level.
But I agree adding mods to Mulan’s blue skill won’t effectively increase the stun duration because most backline enemies like Meg and Elsa don’t have tenacity or evasion so they will get the full 9 seconds of stun when hit anyway. You will increase the damage done, which can be quite significant.

I don’t understand - of course they are dependent on skill level?

If an enemy freeze skill lasts 10 seconds and is “less effective against enemies over level 180”, and you have 200 tenacity, the freeze will only in fact last 8 seconds.

Yes, but in this specific case, Mulan’s green hits backliners. Which rarely have tenacity, can only think of Animal rn

Some people think it is hero level. I played this for 2 years and studied on the stats and their meaning.

Possible. When I reported this, apparently someone said that the damage dealt is dependent on armor negation, tenacity and whatever not.

Sorry. I mean got other factors. Forgot to mention. And I’m a bit blur…