I am Wave9Nut. This is my story

In late 2016, I got a PS3 and the Lego Dimensions Starter Pack. I played the game for hours, daily, I loved it!
I was keeping up with the release of new Waves of expansion packs through the wiki. But quickly something strange happened. You see, a new Wave released every 2 months, Wave 1 in September 2015, Wave 2 in November, Wave 3 January 2016, etc.
But January 2017 did not see the release of Wave 8. It was delayed. That was fine, Wave 7.5 and 8 successfully came out eventually. Now, waiting for the release of Wave 9, set for release in September 2017 I joined the wiki and gave myself a name.
Wave9Nut. But soon after the release of Wave 9 the game was canceled… Wave 10 never released.
I quickly got into a new game. Disney Crossy Road. They released updates every month. I was informed by the people of the wiki, they were waiting for The DuckTales update. It was late by several months. A few more months past and we got it! But it was soon announced that the game was over.
I felt like I was cursed. That whatever I played would stop receiving updates. But a friend from DCR wiki told about a new game! A game that had entered Beta.
Surely a new game wouldn’t die so soon?
And it didn’t! Disney Heroes Battle Mode has been around for 3 fantastic years. I’ve made new friends, had loads of fun, and met really great developers.

And It’s been fun, really fun. This game, this community… it means a lot to me. Nobody blame the devs, it’s not there fault. It’s likely the fault of a higher up, or a Disney Representative.

But we can’t ignore this. This is how it always begins. The conspicuous change in update release pattern.
I know Loutre said everything is fine. But so did Arthur Parsons at E3 2017.

This is the beginning of the end people. I’ll never forget the fun moments. Dev Q&As, the fun forum games we’ve done, the early team shuffling I used to do. But it’s clearly not going to last much longer.

Battle on everyone. Battle on till the end.

There have been little signs of the game development slowing down over the past 6 months or so building up to the Anniversary, and the lack of anything much since then, alongside the team changes and the absence of any updates other than the cap raise, and the lack of scaling/longevity in the newest game mode are all indeed rather foreboding.

I certainly wouldn’t start playing now, as I doubt I’d catch up in time before there was no game left to play. Try to enjoy it while it’s still around!

I agree. We should play while we can! We don’t know how long it will be before Disney decides to pull the plug on the game. And let’s be happy with the characters we’re able to get in the event the game gets canceled. That might not happen anytime soon but you never know!

Guys, really, nothing to worry about. You can reread the state of the game post from last month! There are lots of things in the works for the game. Just because the team wanted a little bit more time with this next update does not mean things are coming to an end. Things are very much all good over here!

State of the Game - May 2021 Announcements

DH State of the Game May 2021 Hello everyone and welcome to Disney Heroes Battle Mode’s third year anniversary! Three years of working together as a game team and as a community, of Disney characters, of hard work, and of fun! We’ve been through a lot as a global community in the last year plus, but it’s also been incredibly heartwarming to see us all pull through as a micro-community of the world: the community of our game. This past year we’ve started collaborating with you more directly to d…

Things are very much all good over here

First of all, thank you for trying to help Loutre and respond, appreciate that :-).

However based on logic I can’t help, but be worried for Disney Heroes given that the problem with high costs is making Disney Heroes less and less enjoyable.
An economy is the foundation for the game, everything are built upon it so it the game economy is pricier than it should be in order for the player to have a truly enjoyable experience.

The last State of the Game post mention nothing about Stamina in any sort of way, and the currently enormous Stamina costs are the true problem in Disney Heroes right now.
I don’t want to be a pessimist and I am normally an optimistic realist, however my logic sees a lot of warning signs like the ever increasing costs and continues population drops, which is why I am worried for Disney Heroes.

No worries! I’ve seen all the feedback on the Stamina costs and have relayed that back to the team. I can’t really say anything more on that right now, but it has been brought up.

Again with the worry about this update being pushed, the team really just wanted some more time to work on heroes.

Again with the worry about this update being pushed, the team really just wanted some more time to work on heroes.

Plural on the “heroes”

Plural means we’re getting more than one!

Not all heroes are datamined.
It’s nice to be surprised every now and then.
Although @Loutre it would be fun if you teased the new hero(s) so we could all speculate 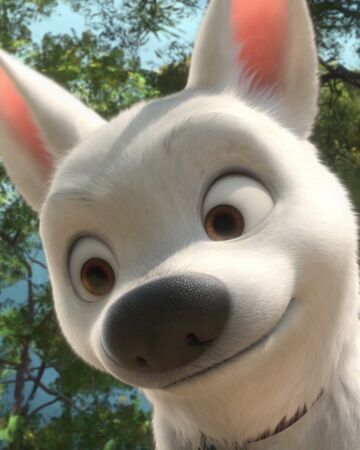 Honestly, one of the most frustrating things is how much I used to love this game and how much time and money I’ve spent just for it to turn into such a grind. Even the most enjoyable parts of the game like contests have turned grind-y. The points received for tasks completed kept diminishing and more special events requiring us to use nearly obselete older characters make contests barely worth the effort anymore…

I like that. I just hope we get someone new that I would love to have in the game.

Loutre liked this too…