Last time we’ve been asked who should be refreshed and the poll won Robin Hood, personally I do think Mike should win, and Kevin after him.

Power Cleanse
Flynn merges with the game code, cleansing negative status effects from his allies while dealing damage to all enemies.

Weakest Link
Flynn’s algorithm searches for the weakest character currently in combat. That character is restored health if it is an ally, or dealt damage if it is an enemy.

Data Shield
Flynn augments an ally, granting them a shield for up to 7 seconds. 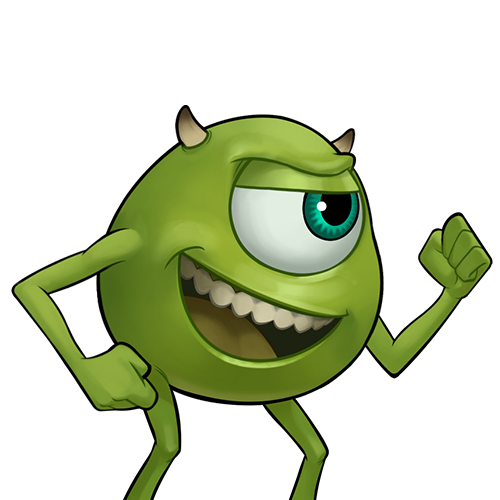 Sonic Belch
Mike eats his microphone and then belches, doing damage to all enemies.

Canister Toss
Mike throws a scream canister at the closest enemy, scaring them and all nearby enemies for 8 seconds. Attacks that do Fantastic damage always crit against Scared enemies.

On A Roll
Mike rolls across the battlefield dealing damage to all enemies.

Fight or Fright
When Mike damages a scared enemy, he also stuns them for 3 seconds.

[NEW] Comedian’s show
Mike’s basic attack silences the enemy for 5 seconds.
Each time an enemy is silenced by any source Mike’s skill power increase by X.

Silence has a chance to fail against target above level X.

What do you refer by this? Pardon my ignorance if it’s pretty clear.

Oops, not enemies but allies

I really like this. The only thing I’d argue is that the starting energy of Baymax’s disk doesn’t have to be changed, really. At max, the starting energy is 250 and that is just good enough on auto. Any more than that and he might use his cleanse far too soon. 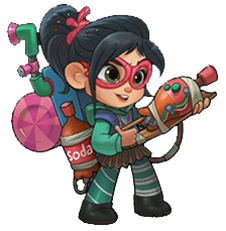 Lollipop Slammer
Uses her glitch to become untargetable and teleport into the middle of her enemies. She slams her candy hammer, dealing damage to all enemies near her, then teleports back behind her allies.

Soda Geyser
Combines the power of mint and soda to shoot a massive spray of soda at her closest enemy, dealing damage. The corn syrup slows their movement speed by 25% and their attack speed by 25% for 3 seconds.

Whenever Vanellope damages a slowed enemy, she gains 150 energy.

This refresh was designed to help Vanellope be more competitive with newer toons which have much more powerful slows, creates stuns (other damage role heroes) and help Van with her low reality negation, which prevents her from dealing any damage. Push disks to a new era. And finally, boost her very weak ‘‘Lollipop Slammer’’ skill.

This is great! But I feel it would be a little too much powerful, especially since she got that red skill.
Specifically, her green skill doesn’t need THAT poweful slow with the red skill. Her white skill can’t be interrupted in any way, so more damage, bigger area and reality remotion together would be too OP. And that Dash disk… total reality negation on slowed enemies is ridiculous, considering how powerful slows are nowadays. Even someone like Yax would make fantastic damage dealers nearly unstoppable, leave alone others like Stitch and Pooh

But other than that, I love it!

Like Phaldow said I think some of the increases might be a bit too much given how good her Red skill is, but of course for Vanellope’s base stats they need to be increased considering that her base performance overall is so low, especially without the Red skill unlocked.

I wonder, just to ask have you tried to get the numbers from what the stat increases represent in the overall damage output, or have you more so just assigned what you felt would be good? No worries if you haven’t checked specifically, just thought it could be good to do to check that the damage increase is at least somewhat good :-).

I am not that good at balancing as I don’t have that much experience with it, so not sure what to exactly say on what the best changes would be. What she need the most is likely HP, as to say survivability chance, unless she is meant to be a glasscannon as otherwise while I am not sure a bit more than 50%+ might be nice.

Lowered to 50%.
But I don’t think I need to remind how Pooh slows enemies.
Plus how Animal, Goofy and few others in second side counters all slows.

Her white skill can’t be interrupted in any way, so more damage, bigger area and reality remotion together would be too OP.

So far, this skill deals lowest damage (not counting Ralph and Rex’s roars), it’s definetly needs a lot of love.
And reality… so many buffers, so not many heroes which reduces it, only 2, and only with help of disk/red skill.
It could make Vanellope quite unique and useful.

And due to not effective reality negation her damage is low, if low numbers weren’t enough

She never was, always was the one with low damage and poor stats.

too much given how good her Red skill is,

Back to reality negation problem, after tests, it doesn’t helped that much as I wished, her active is terrible and sometimes bugged; doesn’t deal damage to close enemies of the target.
It’s better but far from being ok.

Improvment for the side of other game modes. 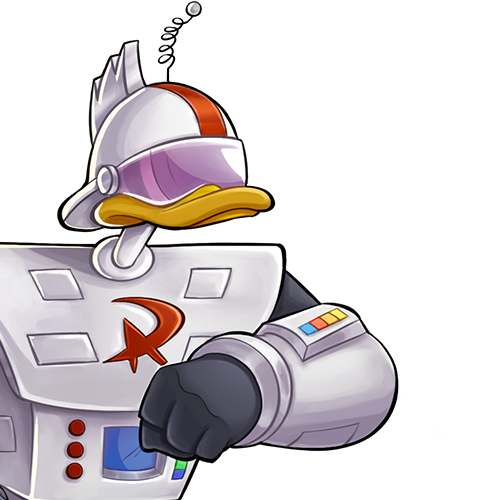 Powerful Pull
Gizmoduck uses his telescopic arm to pull the enemy with the most skill power to him, dealing damage and studying them.

Calculated Move
Every time an enemy is studied, Gizmoduck gains armor for the rest of the wave.

The biggest priority, however, is studying all enemies on blue skill.

On-KO effects are pretty much useless, though, and that feels kind of weird to have in his skillset. Why not grant allies energy whenever an enemy is studied? 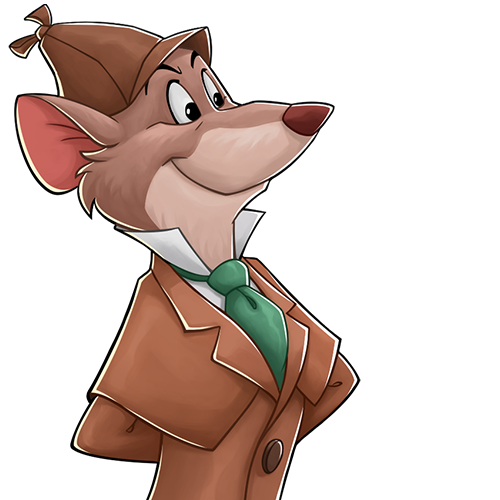 Given to him theoretically good damage is good, yet not enough for any hero to make them good. Basil lacks of any defence support from his skills - dodge has way too long CD. White skill can be interrupted without a problem. Putting him next to latest added heroes - Jumba, Pleakley and Mulan makes him mediocre just like King Louie. His other problem is that disk are limited to almost no situation and needs rework.

As said 100’s times, silence isn’t used by any meta or much heroes in this game, and this disable doesn’t have the longest durations which make it extra short with tenacity, or totally blocking it with evasion, hardy stacks or hero’s skills. Making it work on all disables will make this disk very unique and helpful against heavy CC teams.

@Polaris, please send this further, he desperately needs those changes. 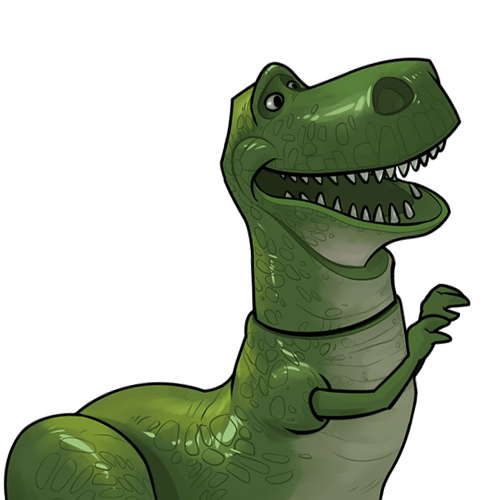 Dino Might
Rex headbutts nearby enemies, dealing damage and knocking them backwards.

Terrifying T-Rex
Rex gains 8 Crit Damage per buff he has. Timed buffs on Rex also don’t expire as long as he has at least 1 non-KO’d ally.

The first time each wave when Rex would be KO’d, he instead cleanses all debuffs from himself, activates “Stampede,” and heals HP.

This is great!
I’d just say the green should not remove shields, because since enemy shields would make Rex stronger, Idk if that would work in his skillset

It will be good for big amount of stacked and bulky shields on enemies. 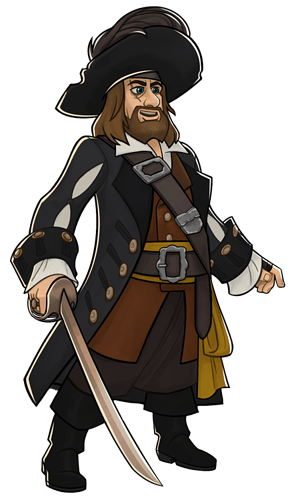 Scan The Horizon
Barbossa pulls out his spyglass and Studies all enemies in front of him. Enemies remain Studied for 9 seconds. Barbossa also gains 400% increased attack speed for 6 seconds.

Apple Of Me Eye
Barbossa eats an apple, healing and gaining 250 energy.

Chain Shot
During his basic attack, Barbossa replaces every 3rd cannonball with a chain shot that does damage and slows the target’s attack speed by 90% for 1 second.

Hot Shot
During his basic attack, Barbossa’s normal cannonballs are now heated, causing them to do bonus damage over 3 second