today’s concept will be about myself (hey, if other concept makers can do that so can i) I hope you enjoy this concept 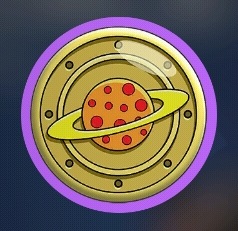 “I believe now that I can smile easy knowing how far I came!”

A concept maker and possible pizza planet alien, C-train uses his pizza planet tech to lend a hand in someway

Entrance: C-train walks into the battlefield then his helmets claw hits his face before he then flicks it to the back of his head

Victory: C-train puts his hands on his hips and smiles as a small pair of hands emerges from his helmet and the hands clap in victory

Defeat: C-train spins around and falls on his back as small luxo balls circle around his head

C-train uses a controller to catch the enemy with the highest evasion with a giant claw until his energy runs out. While the enemy is trapped by the claw, they have 25% energy drained from them every 5 seconds and are prevented from being healed or gaining buffs.

After all his energy runs out, the claw drops the enemy to the ground. Dealing X damage to the foe and stunning them for 5 to 7 seconds.

C-train creates a concept for his allies, giving all allies 100% movement speed for 10 seconds and giving them reflect for 10 seconds.

A ray gun appears from his helmet then it fires a beam at the enemy with the most buffs, this deals X damage overtime to the foe for 10 seconds and stealing all buffs from the enemy and gives the stolen buffs to random allies with their duration refreshed.

“Concepts for fun” now converts any debuffs on C-train into buffs while also giving all allies continuous healing for 10 seconds.

“Confiscation ray” now has a 35% to activate twice when C-train has more than 3 buffs on himself.

All stolen buffs now increases the max HP of all allies for X amount per each buff given to them.
+X damage to “Confiscation Ray”
+X skill power
+X armor

Each reflect from a ally now gives 40% armor to the reflectee.

This concept is good, but it can be timed better.

There was a big riot in Foxy’s Imagineer concept, so you should’ve waited a few more days before posting this.

But I’m glad you like the concept @Tragic-Magic old buddy, old pal

Can I make a fanart about you and your concept? I can draw you in character form.

Thanks. I only want to know when will you want it to be shown to you. Just in case.

Thanks. I promise it’ll fit your look. Maybe.

I disagree. It’s a concept about themself, so there’s really no risk in irking someone.

“I believe now that I can smile easy knowing how far I came!”

Sorry for the revive but, I’m curious. When did you say that?

In his bio I think