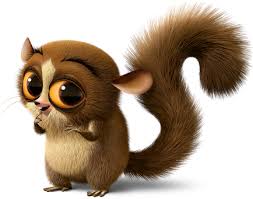 Description: The king of Madagascar and his escorts are about to throw one heck of a party on the battle field
Quote: King Julien: “Feel free to bask in my glow.”
Mort: “I’m coming King Julien!”
Maurice: “I’m surrounded by crazy people.”
Stars: 1
Trial Team: Blue
Entrance: Julien will walk in, proudly waving into the distance as Maurice carries a boom box to they’re position. Once they are in they’re position Mort will jump onto Julian’s foot and latch onto his leg
Victory: All of the lemurs will begin to celebrate by dancing
Death: The boom box will blow up as the Julien and Maurice watch in horror
Role: Frontline Support

Basic Attack: Julien will hit the enemy by doing a dance

White skill: Move It, Move It
Julien will ask Maurice to turn up the boom box causing music to play, speeding up all allies’ attack speed and movement speed by 100% for 15 seconds.

Green skill: Mort Mayhem
Julien will fling Mort off of his leg to the furthest enemy. Mort will then scuffle with the enemy, stealing X health and giving it to the ally with the least health before clinging onto Juliens leg

Blue skill: King’s Advisor
Maurice will give a random ally some advice, giving them technicity and increasing they’re basic attack power by 20% for 15 seconds

Purple skill: All Hail King Julien: True Damage
Any allies effected by “King’s Advisor” for a second time per wave will have a 10% chance to have they’re basic attacks to deal true damage for 15 seconds

Red skill: Exiled
King Julien and allies will heal X health whenever they KO an enemy, and will gain a Shield with X health after damaging a enemy. This can happen every 20 seconds

King Julien, Maurice, and Mort and Melman
Disk: Monarchy Mishaps
Julien will gain a shield with X health for 10 seconds after using “Move It, Move It”
Julien is having problems with his kingdom and hires the best man for the job to help, Malman, who actually is the worst choice imaginable
Allies: The Queen Of Hearts Mickey Mouse Aladdin

King Julien, Maurice, and Mort and King Louie
Disk: Party Animal
The ally effected by “Mort Mayhem” will have they’re basic attack power increased by 20% for 10 seconds
King Louie is pleased to see another ape like king joining the city. He gets along well with Julien but he notices he’s a bit on the dumber side so he tries to fix that
Allies: Animal Powerline Wall•E