Welcome to Casey’s Character Concepts!
Post 01: My submission to add Mark Beaks to the game. 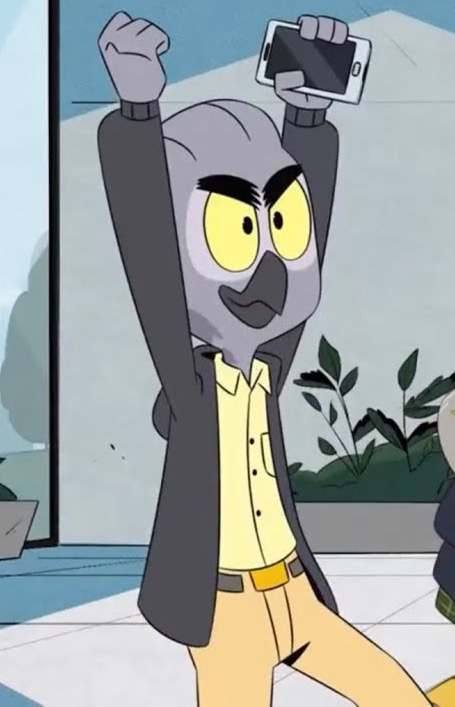 Description: Mark Beaks, the founder and CEO of Waddle is here to boost his social presence, do some networking and become truly famous in this game. 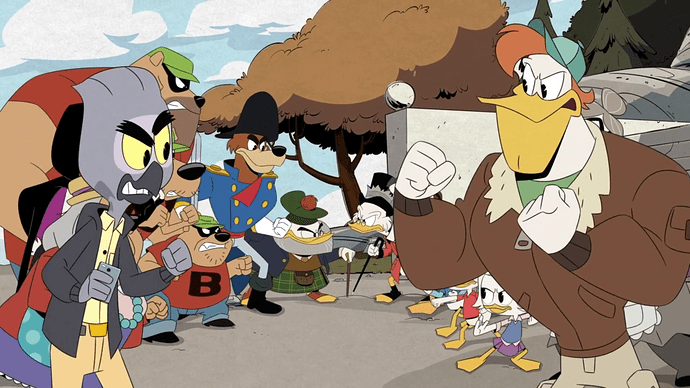 Entrance: Mark Beaks rides a segway into the battlefield, he jumps off it and tosses his helmit off-screen as the segway rolls away. Mark Beaks quickly turns his back to take a cute selfie on his phone before facing the opponents.

Victory: Mark Beaks gets fanboy eyes and starts taking photos of his teammates in excitement.

Defeat: Mark Beaks phone breaks so he searches his pockets, then drops his replacement phone and it bounces away so in a sudden panic he turns and chases it off-screen. 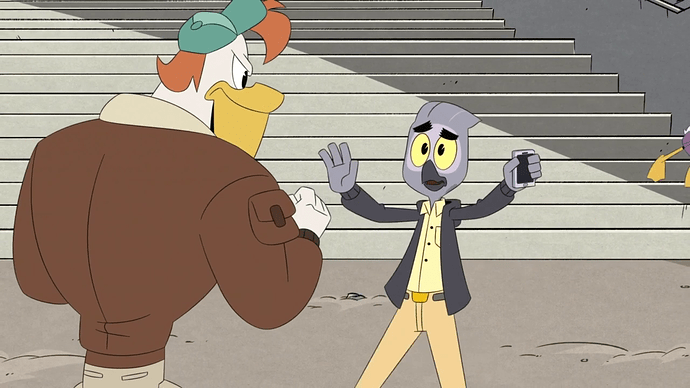 Basic Attack:
Mark Beaks plays on his phone, the phone launches Hashtags at the enemy that damage upon impact.

Mark Beaks holds up his phone, pushes a button to activate a digital pulse wave.
All electronic enemies such as Wall-E, Beymax & Gizmoduck become “controlled” then attack their own team for 4 seconds.
Waddle Remote has a 75 percent chance to fail on enemies above level X. 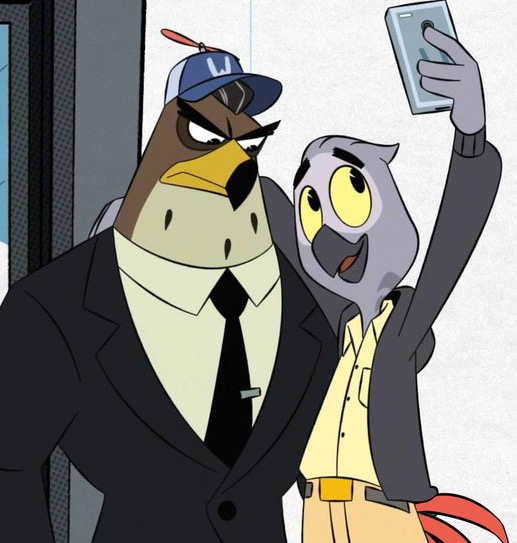 Mark Beaks uses his phone to hijack the background music of the game to play his own beats, boosting all teammates stats slightly until Mark Beaks is defeated.

When an enemy is near, Mark Beaks panics and hides behind his phone. His phone then punches the enemy, doing slight fantastic damage and a large knock back. 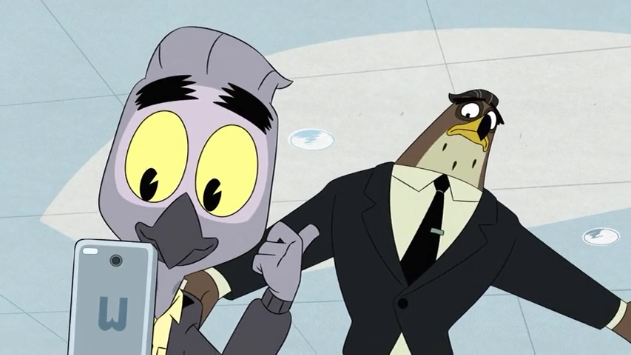 If Mark Beaks is struck with any special conditions like freeze or fear, he is unaffected but the condition breaks his phone and he takes 1.5 seconds to pull out a new phone that allows him to continue the battle again. 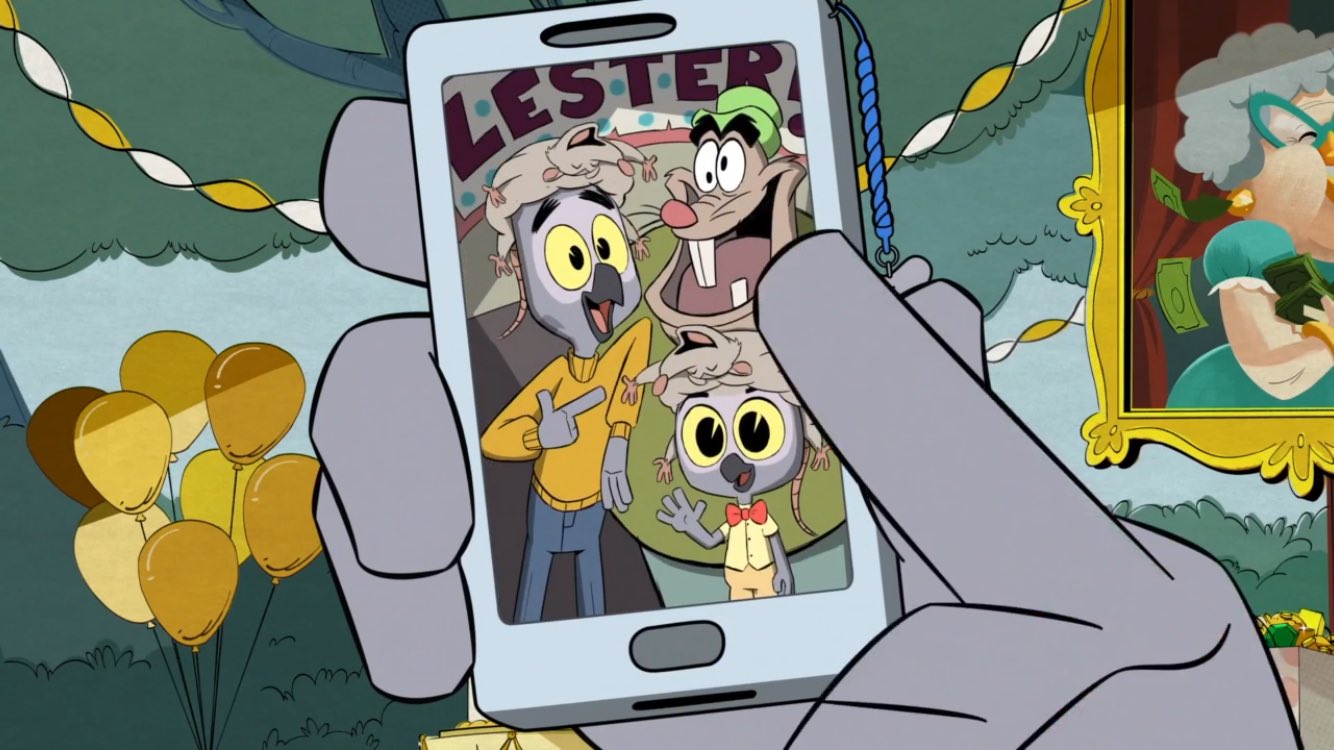 When Mark Beaks begins trending it doubles the Fantastic Damage of his Punch App, the Stat Boosts from his R-Rr-Rr-Remix and the Control Duration of his Waddle Remote.

R-Rr-Rr-Remix also begins to heal allies X amount per second.
This Heal effect is halved on allies below level X.

EVE:
A Beautiful Bot
“Mark Beaks falls in love with his idea of EVE”

Joking it was legendary good job

Thank you both for the kind words

I am very proud

And you should be, as it is an absolute masterpiece

Absolutely awesome! I love how you added pictures also, it adds so much to how hilarious Mark is. You may want to use the Circle Profile Picture app if you want to make the pictures even better, you can shape pictures into circles and color borders around them. But overall, amazing! I hope we see him in season 3 again

Hey, to whoever flagged that message…
Don’t flag messages in my threads, ever.
That’s my job.

Also you should not flag messages just because you do not understand them.

Yes it is in another language, but it was still an on-topic message and it is actually a very good question about where to draw the line on Waddle Remotes control over electronic enemies.

When an enemy is near, Mark Beaks panics and hides behind his phone. His phone then punches the enemy, doing slight fantastic damage and a large knock back.

podria ser: when an ally is behind his 50% max HP mark beaks takeout his phone and (choca los 5) with the ally healing X HP, solo una sugerencia

Wait, I checked, you got a better badge.
The foxy concept reviews

Oh an emerald badge! Your concept has set the high score!

I’ll set a link to your concept to show it’s the high score. Any inspirational quotes?

“Cash is dead, the new currency is buzz! - Mark Beaks”