Hey everyone! This is my likely submission for @Scarlet_Captain’s concept contest, and it’s a character I really want to come to this game: the one and only Max Goof! 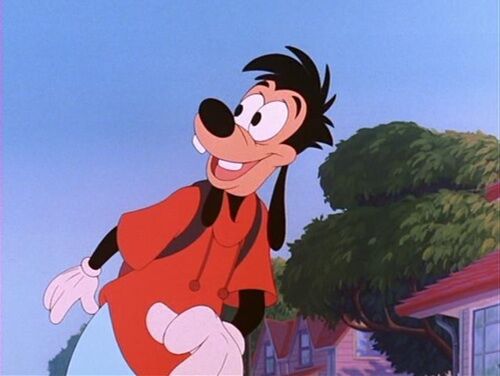 Description: Goofy’s son, ready to don his Powerline costume and ride his skateboard to take care of enemies.

Quote: “You can keep the moves, but I wouldn’t mind having this R.V. You’re so lucky."

Animations
Entrance: Max rides to his position on his skateboard, then puts it away.

Skills
White - Stand Out (Fantastic Damage)
Max dons his Powerline costume and dances, dealing X damage to all enemies and blinding them for 10 seconds.

Green - Skateboard Shuffle (Normal Damage)
Max gets on his skateboard and rides across the battlefield, dealing X damage and knocking back enemies he hits.

Blue - The Perfect Cast
Max pulls out a fishing rod and casts it at the farthest enemy, moving them to the frontline, stunning them and reducing their armor by X for 8 seconds.

Purple - Skills To The Max
Max gains X skill power each time an enemy is knocked back or he uses “The Perfect Cast”. Max keeps 50% of this skill power buff from wave to wave.

Friendships
Max Goof/Powerline
Campaign: “Chaotic Concert” - Powerline offers Max and Goofy a backstage pass to his next concert. Max, however, doesn’t want to be seen at the concert with his dad. (Allies: Goofy, Chief Bogo, Wall-E)

Disk: “Parental Guidance” - Team Starts Combat With Energy
+X Max HP
+X Skill Power
Max and his allies are granted 60 Energy at the start of each wave. (+60 Energy per star).

Great concept!! I would love to see Max in the game! And that friendship with Jim is spot on!

stunning them and reducing their skill power by X

What is the point of reducing SP when stunned? They cannot use skills!

But yeah, everything else is great!

Thanks! The Powerline one was an obvious choice, but coming up with a second friendship for Max was hard. I had to really think about that one.

Well, it makes so much sense due to their daddy issues as Max is embarrassed by his dad, and Jim’s dad left him as a child. I could just imagine them having this heartfelt convo with each other and whoever else is gathered at the park!

Changed the Skill Power removal from “The Perfect Cast” to an Armor removal.

(Would’ve done this sooner, but couldn’t due to the contest.)