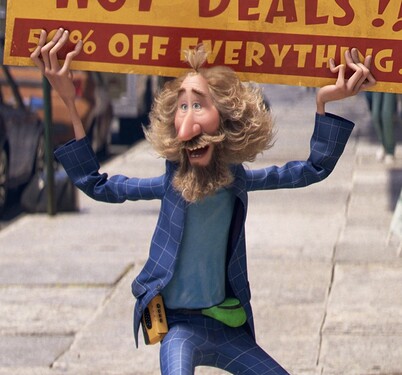 Moonwind, dweller of the zone and one with the Astral Plane, jumps into action with his sign-twirling skills and clear mindedness.
Trial Team: Blue
Role: Backline Support
Stars:

Quote: “You know, lost souls are not that different from those in the zone. The zone is enjoyable, but when that joy becomes an obsession, one becomes disconnected from life.”

Animations:
Entrance: Moonwind walks into the battlefield, and his sign falls from the sky into his hands.
Victory: Moonwind cheers frantically.
KO: Moonwind salutes.

White Skill - Mystics Without Borders - Fantastic Damage
Moonwind’s soul leaves his body. He joins Windstar, Dancerstar, and Dreamerwind in playing the tune that opens a gateway beneath his entire ally lineup, granting allies the following boosts.

Green Skill - Orcus Moves In
Moonwind plays his bongos, inspiring allies and increasing their Skill Power to X for the rest of a wave.

Blue Skill - Sign Spinner Spectacular
Moonwind twirls his sign in all sorts of ways, granting the two allies with the least HP X armor, then he twirls his sign in the direction of the enemy lineup, dealing X damage and knocking enemies into the backline.

Purple Skill - Astral Transmigration Displacement
Each time Moonwind performs his “Mystics Without Borders” skill, he steals X energy from the backmost enemy and gives it to the strongest ally. His Green Skill Power is increased to X.

Moonwind + Lock, Shock, & Barrel
Campaign: Maddening the Mystic - Moonwind spots Lock, Shock, and Barrel roaming the City, and asks them to help out with his spiritual transcendence as he travels to the zone. However, the trouble-making trio begin to goof around, unknowingly setting a bunch of lost souls loose around the City. The only ones capable of handling this kind of foe are Moonwind and his three incompetent compatriots.
Disk: Lost Soul Catchers
Disk Memory: While twirling his sign, Moonwind deflects all damage and/or debuffs back to the enemy that attempted to apply it to him.
Disk Power: Z HP gain, Z Blue Skill power
Allies: Gerald, Marlin, & Nemo, Flynn Rider, Randall Boggs

Wow! I like this concept, even though I don’t think much of the movie. Good job!

Almost as good as the movie. This concept is very groovey. But the movie is very swiftly cool