Hello everyone! With the launch of the new Patch system yesterday we’d love to get your feedback on it! This was a big project for the team and we’re so proud of them. So please give us that constructive and helpful feedback so we can make sure it’s the best it can be.

Let’s get a simple but important question out of the way first: Will we still have Trial Events like we’ve been having every month since May, or will the Franchise Trials replace them? The newsletter mentions a Zootopia Trial Event coinciding with Bellwether’s Prize Wall, so it seems like it’s the former, but it would be nice to have definitive confirmation that Trial Events will continue to appear more-or-less monthly for the foreseeable future.

Trial Events are still happening at least once a month! We have many planned like the one mentioned in the newsletter. 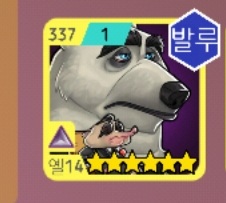 It’s sad that something obscures the portrait whenever something new is updated.

It’s sad that something obscures the portrait whenever something new is updated.

would be better if it was just above the stars, @Loutre… instead of near the level
EDIT: This is what I mean… 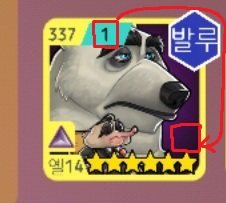 Anyway, I wonder when we start to get the later tiers of Patch Essences… as far as I have seen, the worthful bonuses start at roughly level 44 and it´s not even coded yet so, kinda waste of… something? I guess?

I get that the unlock rank is R10, but people´d be lucky (F2P ones) to get like “$100 worth of patch essence” which is like… 470 in uhm… almost the entire month.
And that’d be enough to max the levels (since only 1-5 need Tier 1 Patch Essences) on one hero. So in this regards it starts off worse than megabits…

Next, the “random” badge bits…

(I did want to help with that…)

Maybe add a way to put the last trial that gives the most rewards at the top so people don’t accidentally tap on the top one. Speaking from experience as I did that yesterday

would be better if it was just above the stars, @Loutre… instead of near the level
EDIT: This is what I mean…

I also think this is better. And I want it to be as small as possible.

Make the limit on the trials a bit higher if possible

It seems pretty unbalanced that we can only earn a maximum of 20 Patch Essence per day from the Trials, but can purchase an extra 140 Patch Essence a day from some rather expensive deals. That’s going to create a huge gap.

IMO either the daily deals should be lower cost for a lower amount of Essence, or they should be a little higher & weekly rather than daily. Or just increase the Essence we can earn from the Trials

the amounts earned from each method need to be much closer.

The visuals of the various Patch bits look great as always.

Some of the talents look interesting, though generally not too powerful

The badge bits in the Trials, as mentioned, are really not very useful. Even if they happen to randomly be a bit I need, the amount earned is pitiful.

These should be completely replaced IMO for something more interesting, otherwise unless we can beat stage 5 there’s very little point in playing it at all.

As is also the case with Trial Events, I’d like the

to persist on the Trials building if a Patch Trial is available to play, so we don’t forget to complete it each day.

There are various UI improvements that could be made - eg. on the screen where you’re selecting your heroes for the Trial, the ‘Only X heroes can be used’ icon sort of floats in the middle. Move it to the left! I’d also like to see the Patch Level bar on the individual hero screen highlight, in the same way that the Stars bar does, when it’s possible to increase the Patch Level.

Overall - A few little tweaks and this will be great!

1: Trial essence rewards are too low for what we’ll end up needing to power up several units

2: Trials being themed around series is pretty unfair, because several series just have a lot of underpowered units, which can just make progress harder, and some series just don’t have enough characters for a full team in the first place, so the option to bring in a couple of off-series characters would be good
(In an ideal world, all toons would be fairly balanced and equally viable as an investment to make these trials more fair, but that’s probably not realistic with how big the roster is now)

3: Some patch buffs seem far too niche; the selective debuff resistance, for example, only triggering at the start of a battle, is far less useful than some of the effects given to some other units

can purchase an extra 140 Patch Essence a day

This is a weekly deal not a daily deal. This was great feedback! UI things with DH are interesting since they have a lot of Disney feedback too we need to go through.

This is a weekly deal not a daily deal.

Ah ok sorry! My feedback on that then is that it’s not entirely obvious

Maybe the title for the Booster could be changed to Weekly Booster. The amounts seem a lot more reasonable, then

It’s an interesting feature to say the least

how do you justify charging $12 for a Daily Patch Essence Deal that includes less patch essence than it costs for a single level?

Level one patch costs 50 essence and the daily gives u 44. For 12 bucks. Who makes these decisions? You guys are crooks.

I don’t like it! Just another way to suck money out of people’s pockets and make op heroes pretty much unbeatable.

Entering the main interface it would lead to normal interface we have.

Edit: It’s for put the example.

This really is going to create bigger gaps between the “whales” and the rest of the players. Providing the ability to pay for Patch Essence just makes it an even bigger gap no matter how much is for sale. It is already going to be difficult for FTP or lower powered players to earn the PE in the trials.

Many players do not have all of the heroes in a collection powered up high enough to be useful and do not have the resources to power them up. In today’s trial with the Aladdin heroes, there were only 4 heroes to choose from. I personally only had 1 high enough to get me through even the lowest trial. No PE for me on that one. Either need to combine collections so there are some options or improve the rewards on the lower trials (or over all).

Not a fan so far. Struggling with the most mediocre of toons to get dribbles of essence, or buying it isn’t fun.

Many players do not have all of the heroes in a collection powered up high enough to be useful and do not have the resources to power them up. In today’s trial with the Aladdin heroes, there were only 4 heroes to choose from. I personally only had 1 high enough to get me through even the lowest trial. No PE for me on that one. Either need to combine collections so there are some options or improve the rewards on the lower trials (or over all).

What about the big one with the 3 IPS? Would I better for you it It was only that trial but with 2 chances?