Welcome to the Disney Heroes: Battle Mode 4.1.11 Update! This release features Mother Gothel from Disney’s Tangled, plus a number of improvements and bug fixes.

Mother Gothel is a back-line “Damage” character on the Yellow team. Mother Gothel will be available in the Prize Wall starting July 21.

Passive: Instead of Basic Attacking, Mother Gothel preens herself while looking in a mirror to gain bonus Energy.

Active: Mother Gothel summons one of two Stabbington Brothers near the closest enemy to aid her in combat. Each Brother enters combat with specific amounts of Max HP, Armor, Reality, and Basic Damage. If both Stabbington Brothers are on the battlefield, Mother Gothel will instead Cleanse them and herself. This will also Heal her and the Brothers for a percent of their own Max HP.

Mother Gothel talks down to the enemy with the most Energy, stealing Energy from them and applying stacks of Fatigue.

Mother Gothel motivates the Stabbington Brothers by showing them the crown. This grants them Movement and Attack Speed as well as Basic Damage for a duration.

The Stabbington Brothers now deal Normal Damage to all nearby enemies when they land on the battlefield after being summoned with “Stabbington Summon”. Mother Gothel’s Basic Attacks also Heal the Brothers and herself. Each character is Healed for a percent of their own Max HP.

This is a full app and server update that is currently planned for Tuesday, July 19, 2022.

Eh, she is just another Sarah. and prize wall, oh.
And also it means we can’t get Cassandra and Varian, how great…

?
for a week, then battle pass, what’s the point?

Best part of the update.

I see what you did there. Very clever. 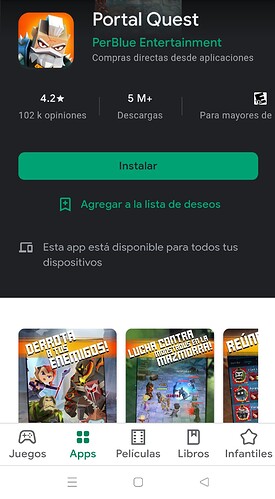 plus a number of improvements and bug fixes.

Unless you call a cap raise this… where exactly?

Uh oh. An abusive Disney Villain is coming out. Mother Gothel, and she knows best.

Mother Gothel is a back-line

Whaaaaat!?!?! Finallyyy!! I hope she’s good!! I will have to add her to my Tangled team

And also it means we can’t get Cassandra and Varian, how great…

Eh, no it doesn’t. I really hope we get them soon too!

Whaaaaat!?!?! Finallyyy!! I hope she’s good!! I will have to add her to my Tangled team

It looks like she knows best to join the battle.
It’s been quite awhile since we had a Tangled character. I wouldn’t be surprised if we had another one like Pascal and possibly a collection for them as well.

I’m all cool with the rest, including leveling up to 265.
Exciting announcement overall, and quick question: Since we already had an update a few days ago, does it require to update it on App Store again? I noticed it also said server on it as well, but I’m just curious.
That’s all to say!

No way! I Can’t believe that this is real!

I knew it was gonna be Mother Gothel

I hope we get a Tangled collection

Now I’m hopping soon that we see more Tangled characters if we can along with other Disney and Pixar characters as well as Disney Channel animated characters in the future from other movies, franchise and shows that aren’t in the game

Finally she is coming!

I feel like Snow White subs someone who is going to be in… (obviously Diamond but also) Gold Crates for now, right?

EDIT: Nevermind - it´s Namaari, she just should have been mentioned there instead of being included in the Elite Campaign list…

Pretty interesting how 5 of the 6 heroes mentioned here are super old ones. Not that I bicker, but I´d rather like the first few Elite Campaign chapters redone to have 19 spots instead of 7. (But I mentioned that to support before, design team could really try that).

Yes! My beloved Mama is FINALLY in the game!

I would have gone with a control role with a trap based moveset personally. Lean into the kidnapping thing.

So excited for Mother Gothel!!!

Oh my god I’m so happy I’ve been waiting for her for ages ! I can’t wait to see her animations hehe

Love her design but she looks almost too nice on it

So long Ariel… and Elsa

Eh, she is just another Sarah. and prize wall, oh.
And also it means we can’t get Cassandra and Varian, how great…

I didn’t get why we can’t have Cassandra