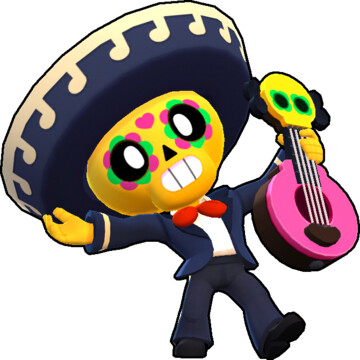 Poco heals allies with his sweet tunes and positive attitude

Entrance: Poco walks into battle without his hat. When in position he grabs his hat and puts it on, afterwards he strums his guitar and is ready to fight

Victory: Poco drops his guitar down, takes off his head and starts juggling his head.

Defeat: Poco loses his head as it rolls of screen, Poco falls the to the ground.

Active: Poco glitches into his serenade outfit and strums his guitar. His guitar sends out a huge wave of sound across all allies healing them for X hp and gives them all 2 stacks of hardy.

Poco then takes the rose out of his mouth and tosses it too the current ally with the lowest hp. The ally is healed for X hp, when allies are healed with this rose their next basic attack that hits an enemy charms the enemy for 10 seconds and increases the enemies basic damage by X 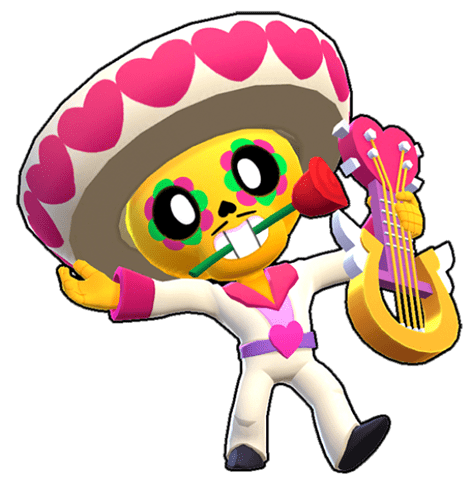 Poco stomps his foot on the ground increasing all allies attack and movement speed by 120% for 8 seconds and heals allies for X hp every second over 10 seconds. Poco also gives all allies 6 stacks of “Melody”

Each stack of melody gives allies X tenacity and X basic damage. Every time an ally uses a basic attack they heal for X hp and this removes a stack of melody.

Fantastic
Poco glitches into his pirate outfit and grabs a mop and mops the floor, this increases all allies attack and movement speed by 100% for 12 seconds and gives allies a shield that is 80% of their max hp. When an allies shield breaks they heal X hp and gain invincibility for 5 seconds.

When Poco is done mopping he throws the mop at the enemy that has given the most debuffs so far. The mop deals X damage and stuns the enemy for 12 seconds. If the enemy falls below 30% of their max hp because of the mop they gain 3 stacks of weakness.

If any ally has more than 4 debuffs Poco cleanses all current debuffs from all allies.

Cleanse has a chance to fail on allies above level X 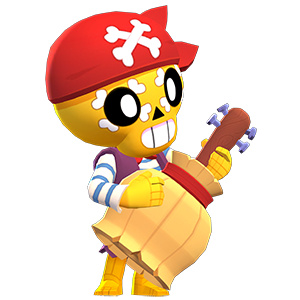 When Poco dies in a match he shoots out two huge waves of music, these waves hit all allies healing them for X hp and increases their attack and movement speed by 60% per wave of music.

A 15% chance one of the waves make all allies invincible for 4 seconds.

At the beginning of each wave Poco increase all allies armor by X, basic damage by X and give all allies a 60% attack and movement speed increase and gives allies 4 stacks of “melody” after 3 seconds go by.

Poco and Megara
Charmed enemies have their attack speed increased by 40% and have their armor increased by X. If an enemy is charmed for more than 8 seconds they also gain X skill power and X basic damage

these waves hit all enemies healing them for X hp and increases their attack and movement speed by 60% per wave of music.

This is a death sentence for your team once Poco dies

(Yes, I know it was a mistake lol)

OMG THANK YOU FOR POINTING THIS OUT, yeah this would be death. I’ll go fix this : )