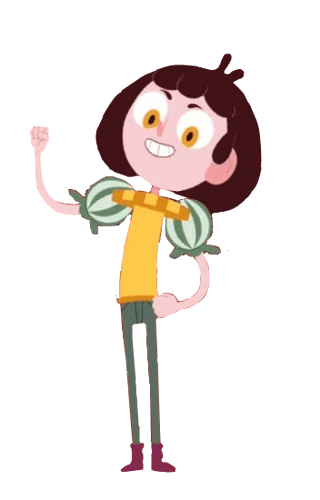 Preston_Goodplay352×550 70.4 KB
Prestons incredible acting skills and his dramatic attitude fight creeps along with all of his camper buddies

Entrance: Preston walks in looking through his fellow campers play write ideas, when in position he throws them away and gets ready for the fight.

Defeat: A tomato is thrown at Preston, he wipes it off and tries to block the incoming tomatoes with his hands

Fantastic
Preston pulls out a skull and points it towards enemies. The skull glows red and then shoots out three red beams at the three enemies with the least reality.

If enemies hit are already cursed their current debuff is increased by 4 seconds and their curse is 12 seconds instead of 8.

Green Skill: Act It Out

Fantastic
Preston tosses everyone one a script giving them one stack of “script”. Preston then runs to the back of his line up and cheers allies on, when Preston cheers his allies on, their stack of script gives them X armor and a 100% movement and attack speed increase for 12 seconds.

(after performing this skill he runs back into position)

If enemies are cursed or silenced while Preston performs this ability enemies take X damage and Preston removes 5 buffs from the two enemies with the most current buffs. For the rest of the enemies he removes 2 current buffs.

Blue Skill: Getting Into Costume

A costume box slides onto screen beside Preston, Preston stops the box and starts digging through the box for a costume. Preston will choose between three different costumes. Each costume makes Preston do something different.

Princess Costume: If the last enemy Preston damaged was a control character he puts on a princess costume, Preston grabs a wand and removes any buffs given to enemies in the last 4 seconds and deals X damage.

Cowboy Costume: If the last enemy Preston damaged was a damage character he changes into a cowboy costume, he grabs two revolvers and shoots both at the two most upfront enemies. The revolvers deal X damage and stun enemies hit for 8 seconds.
(Tenacity does not effect the time for the stun)

Cult Costume: If the last enemy Preston damaged was a tank or support character Preston changes into his cult costume. Preston throws 1 glass of rat poison to all enemies. The rat poison deals X damage and removes X armor every second over 6 seconds.

Purple Skill: Your Tomatoes No Longer Affect Me

Preston has a 75% chance to dodge all debuffs done to him and is immune to all normal damage and basic attacks.

Immunity has a chance to fail against enemies above level X

Red Skill: I don’t know who this GIRL is but she is KILLING IT!

At the beginning of each wave Preston gives all allies 5 stacks of “Script” and increase all allies movement and attack speed by 120% for 5 seconds.

Whenever Normal damage or a basic attack is done to Preston he now gives himself and the weakest ally 1 stack of “Script” and increases the healing by X.

Each stack of “Script” Preston has increases all allies Tenacity by X.