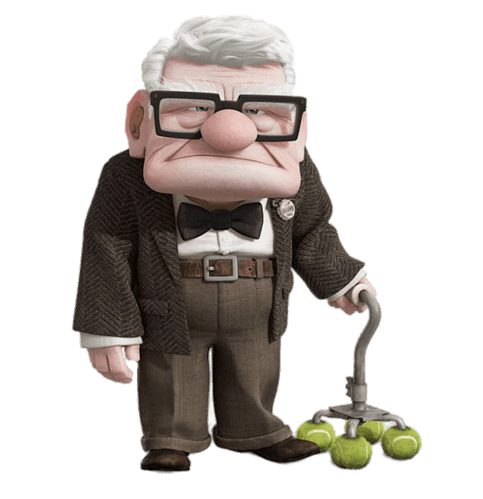 Entrance: Carl walks into the battlefield

Victory: Carl raises his fists in the air and cheers

Defeat: Carl cracks his back and drops his cane

Passive: every basic attack to an enemy from carl now gives carl 3 stacks of “savings”, each stack of “savings” gained by Carl increases his max HP by 15%

Carl can only have a max of 50 stacks of “Savings”

Active: Carl pulls out a jar of coins and smashes it with a hammer which consumes 30 stacks of “Savings”, this cleanses all debuffs from Carl and heals himself for X amount per stack of “Savings” that is consume when this skill is performed. Carl also gains reflect for 10 seconds.

This skill also deals X damage to nearby enemies per stack of “savings” that Carl has gained.

Carl crosses his heart, granting him 10 seconds of invincibility, increasing his attack power by X amount and making him immune to crits for 5 seconds when the invincibility wears off.

Blue: Spit it out

Carl dodges a move every 5.5 seconds and then spits out his false teeth at the attacking enemy, dealing X damage, knocking them back, and stunning the enemy for 10 seconds.

Every third basic from Carl now stuns the enemy for 3 seconds.

Red: Adventure is out there

Carl gains “reflect” whenever he goes under 40% of his max HP, each reflected attack now heals Carl for X amount.

“Jar of change” now grants the weakest ally 45% of the same effects that the skill grants to Carl.
+X max HP
+X skill power
+X damage to “spit it out”

Carl gains 15% armor for each second that he is invincible.