It has been to long since I have made a prediction. Way to long.

With such a massive update having just released jou can expect the next updates to be very small. I don’t think we will have a massive gap between now and the next update but a larger gap than usual seems pretty likely.

1.14.2-B
Patch Notes Release: November 29th
What to expect:
Shop rotations for December, the 145 -> 150 cap increase, the December Sign in for servers 16-22 announced, new location for Yzma, Hook goes VIP Crate, New Guild Crate Hero (Yzma?). No new heroes. Possibly the Gizmoduck-Duke Caboom friendship. Maybe some bug fixes regarding the skill point slider and other things from 1.14.2
This should be a server update only.

1.15
Patch Notes Release: December 6th or 9th
Update Release: December 10th or 11th
What to expect:
Launchpad McQuack (New Friendships (Confirmed): Launchpad-Hiro, Launchpad-Darkwing Duck, Gizmoduck-Launchpad, Gonzo-Launchpad), Possibly a second hero, if so expect Anna or some new character from Frozen 2 or Someone else Christmas/Winter themed. More Red Skills on Server 1 for past heroes that have yet get one, possibly the Gizmoduck-Duke Caboom friendship.

Beyond!:
The Costumes Return
In December we might see the return of new costumes! With Oogie releasing and having no ability that makes him turn Green, and Santa Jack being a logical Christmas time release I think new costumes are just around the bend. Hopefully a costume shop will accompany the return of new costumes.
Haunted Christmas
Also in December I think we might get another Nightmare Before Christmas Character or two. With Oogie as the sign in making it seem even more likely than ever that new costumes will release in December I’m beginning to think we might get an update in the middle of December centering around the movie, with the two previously mentioned costumes, the announcement of a new week of events (That would end just after Christmas), and a hero or two. But who? The Mayor? Dr. Finkelstein? Lock, Shock, and Barrel? Zero? Behemoth? Well thinking about who could give disks to those missing disks and who could give them disks who have yet to give the proper amount of disks always seems to help: Madam Mim getting her second disk from Finkelstien would make sense, And Fienkelstien getting a Disk from Megavolt would be perfect, can’t think of someone who would work super well for his second disk except Stitch or Sally. Gaston wanting to prove himself to a Mayor would make sense and finally get him his second disk, but the Mayor’s own disks… idk I got nothing. Huey, Dewey, and Louie could get into mischief going trick or treating with Lock, Shock, and Barrel without realizing they are evil, and of course Oogie doing anything LSB makes sense. Zero could easily be friends with Miguel, and Mickey could also easily be the second disk.
Over all it feels like Lock, Shock, and Barrel are diffenitley most likely with Dr. Finkelstien also being very likely, and Zero too I guess.
WHEN IS SHE COMING?!
I really think Kim is just on the horizon, but they might be waiting to release her as the 100th hero. Given that we have 83 heroes right now (Inclueding Oogie and Donald).

Jack Skellington and someone else with authority. Maybe Bogo or possibly Scar?

release her as the 100th hero.

More like someone who can taught him to take the initiative

April Characters (speculations)
•Kristoff & Sven (Most the Frozen characters would be in the game at this point so they should just jam these guys in they have a 94%)
•Fred (We need more Big Hero 6 Rep so who else than the funniest member Fred I would say he has a 78%)
•Naveen, Tiana, & Louis (We need more Trios and who else than the Princess, Prince, & the crocodile they would most likely have a 86%)
•Prince John (Considering RobinHood is here already and another obscure villain has came “Madam Mim” I would say Prince John has a 96%)
• QuackerJack Sign In (Since April is such a Silly month The silliest villain should come now that Megavolt’s here I see QuackerJack probably coming soon so he had a 93%)

May Characters (speculations)
•Dory & Hank ( This is the only way I see Nemo characters coming into the game but it’s still pretty unlikely so this duo is more of a 63%)
•Nemo, Marlin, & Nigel ( Just like
Hank & Dory This is the only way I see Marlin & Nemo coming but it’s also unlikely so they have a 62%)
•Don Karnage (There need to be more Disney after noon Villains/characters and Don Karnage is one of the most popular he has a 75% chance of coming)
•Pete (Pete is the main rival to Mickey & possibly the only other Mickey & friends character coming he has a 84% chance)
•Dr. Facilier Sign In (He has been Recommended for a very long time and deserves to come he’s the most popular villain not in the game as of rn he has a 92% chance)

In which month do you think kim will be added? i think ron will be added along her as solo charthers i am asking since there was deal with duke caboom s second disc which gets from kim possible so i think she will come in december or in early jaunry

I think that while there’s some good reasoning behind who’s on this list, most of these are just speculation with little actual evidence, so I think your percentage chances are way too high. Like, how the heck can you be 98% sure Triton is the January sign-in hero? Or 98% for Quackerjack specifically in April? Not trying to complain or anything but those probabilities seem kind of ridiculous (again, not the characters themselves, just your odds for them) 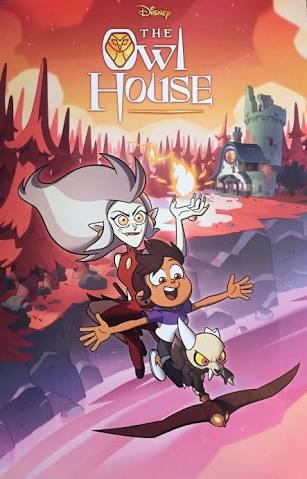 In which month do you think kim will come ? There have been recently a deal with the second disc duke can get which is from her

She’ll probably be Anniversary but idk

The series is new, they’ll have to wait til season 1 ends,

The live action movie isn’t out yet

Excuse me but when? How? By who? And while wikis can be reliable not all are also as anyone who has yet to be banned can edit if vandalism goes unnoticed it is quite easy for false information to end up on a usually reliable wiki. So if it doesn’t have a source it is probably fake (Speaking for Disney Wiki (And most reliable wikis) with that one).