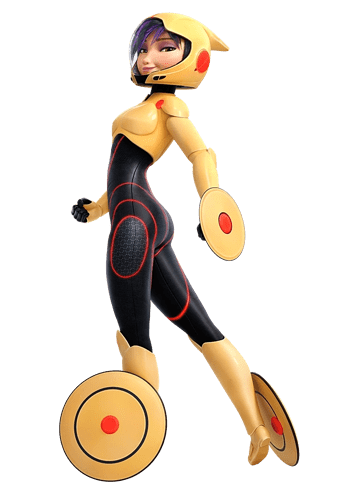 “Welcome to the nerd lab”

Victory: Go Go takes her helmet off and smirks

Defeat: Go Go loses her balance and falls to the ground

The stacks reset after this skill is used

Go go takes off her helmet and pops a piece of bubblegum, giving herself X% energy as well as clearing 1 debuff per stack of “speed” she has gained throughout the wave

Go go now perfers to speed up allies that has been debuffed by any enemy or by any other source.
+X movement speed
+X damage to “Slicing maglev’s”
+X skill power

“Chewing gum” now clears 2 more debuffs per stack of “speed” she has gained.

I hope you all enjoyed today’s concept (remake) and if you got anything to say about, please leave it in the comments down below!!

“Welcome to the nerd lab”

So… that’s the disk name