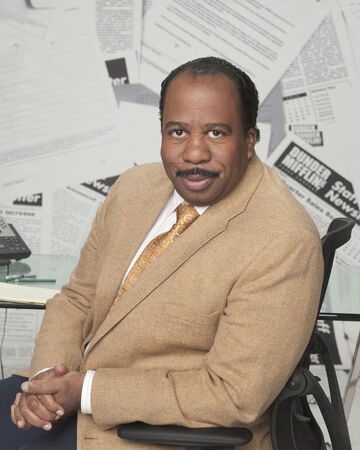 Stanley uses his stern voice to really show the creeps how he feels. Don’t ever get in Stanley’s way.

Entrance: Walks in rolling his eyes while sighing

Victory: Has a little chuckle

Defeat: Faints onto the ground

White Skill: DID I STUTTER!

Fantastic Damage
Passive: Instead of a standard basic attack Stanley solves a sudoku healing himself for X HP and gaining X Skill Power.

Active: Stanley shouts at all the enemies dealing X damage and silencing them for 12 seconds.

Normal Damage
The pretzel cart appears behind the enemy team and Stanley hustles through the enemy team to get to it dealing X damage to all enemies and knocking them back.
Stanley is not targetable while using this skill.

Blue Skill: Stress Relief
Once per wave when Stanley reaches 0 HP he faints on the ground becoming invincible for 5 seconds. While invincible Stanley redirects 95% of all damage dealt to allies to himself. After 5 seconds Stanley gets back up healing for X HP.

Red Skill: Shove it up Your Butt
Stanley deals 20% more damage for every 5% of his Max HP he is missing.
The bonus damage is reduced against enemies above level X.
+X Basic Damage
+X Skill Power
+X Armour

Vote for my next Office concept here.