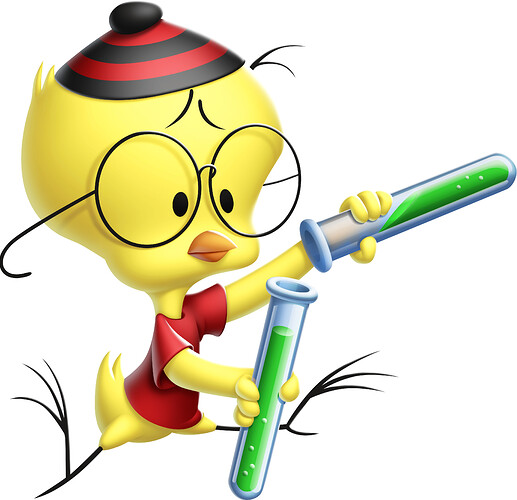 Entrance: egghead jr rides into the battlefield in his toy tank

Defeat: egghead jr sits and puts his fist on his chin to ponder what to do next

Egghead Jr quickly draws up a brilliant diagram on a chalkboard, giving all allies 100% crit power for 10 seconds, 100% attack speed for 5 seconds and X attack power.

Egghead jr’s toy tank drives in the front of the enemy team before it then fires at the frontmost enemy, dealing X damage to the enemy and blinding that enemy for 10 seconds.

Egghead jr solves a problem on a piece of paper, this converts 4-5 debuffs into buffs on each ally and heals the ally with the most debuffs for X amount.

Not bad, which character do you think you’re gonna do next?

Is he realtead to tweety? He looks similar to her