Happy Valentines Day!!! Here is a concept that I know you could (I said could, not will) enjoy.

This is the pokemon Nihilego. It might not represent Valentine’s, but it looks like something you could give on Valentine’s (a hat).

Of course, some of the inspiration here is from @NCTzen_Haechan, who I ran this concept through so he could state what is wrong of right. Thank you so much NCT. 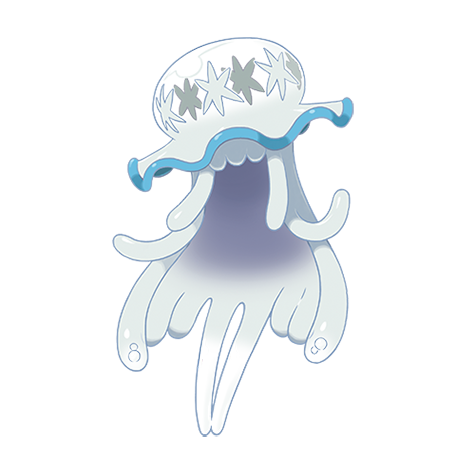 Nihilego is a mid-line control hero

Entrance: An ultra wormhole appears above Nihilego’s position. Then, Nihilego squirms out of the wormhole, stopping in its position.

Victory: Nihilego sways its tentacles around

K.O.: Nihilego collapses onto the ground

Basic Attack: Nihilego accumulates a rock in front of it and throws it at an enemy, dealing Y damage

Fantastic Damage
Nihilego ascends into the air and then descends onto the top of the enemy with the most skill power, and then disappears from the battlefield, applying “Parasite” to the enemy. While under the effect of “Parasite”, the enemy is charmed, gains X skill power, deals X damage per second to any enemy it is close to, and may not fall below X HP.

The effects of “Parasite” last for 11 seconds. After “Parasite” wears off the enemy, Nihilego returns to its position.

Fantastic Damage
If Nihilego is dealt damage from the enemy with the most energy, that enemy will be dealt X damage per second for 5 seconds.

Nihilego also steals 300 energy from them.

Nihilego may only do this every 13 seconds.

Red Skill: Strong Poison
Any enemy who is disabled or scared is also sapped for the duration of the disable or scare.

Any enemy who is charmed loses 50 energy per second

Sap may fail against enemies above level Z

In reality, Box Jellyfish are deadly creatures native to Australia, so watch out for it. Besides from that, this is a pretty dangerous concept. Good job

I’m glad to help you in any way possible.