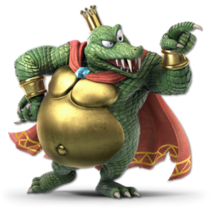 , Damage, Frontline.
Team Trials: Red.
Quote: “Bahaha!”
Description: This crocodile can take a break and fight someone else for a change instead of D.K. or any other Smash fighter.
Entrance: King K Rool will fly in and then land in place.
Victory: King K. Rool will dance for joy.
Defeat: King K. Rool shoots his cannonball gun and the cannonball will suddenly turn around and hit his face, causing him to tumble over.
Basic Attack: King K. Rool will punch an enemy, dealing X damage. 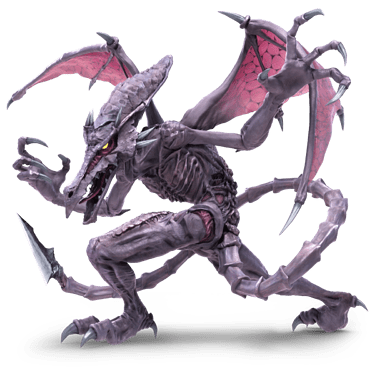 image1200×1200 1.17 MB
Campaign Story: Sinister Two. “King K. and Ridley are searching for a special golden banana.”
Disk: Defense Dragon.
When Belly Bonk is in use, King K. is granted a shield that lasts for Y seconds.

Friendship 2: King K. and Randall.
Campaign Story: Scaled Stompers. “Randall is showing King K. how to scare children.”
Disk: Scare Senior.
King K. will not be targeted as much by enemies.

If you enjoyed this, somehow, that’s good.

Unlikely Because It’s Not Disney But I Like It.

Plz do Terry Bogard or Banjo And Kazooie next

You Second Concept Was One That You Said.

i’ll do Terry and Banjo.

Yay! Those are my favorites!

Maybe include what “Taunting” does in the game

ok, i will!
Thanks for telling me something to include

9/10, main in smash, now it’s my main favorite in your concept book

tbh, Isabelle is my main favorite in Smash lol