(This concept was another request from @Prince-Aamir) 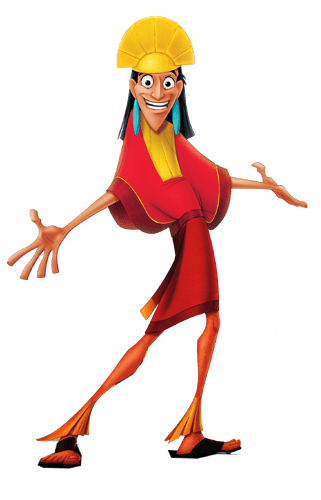 Entrance: kuzco walks into the battlefield then he poses before getting into position

Victory: kuzco poses with his arms out

Defeat: kuzco gets frustrated and crosses his arms

White: threw off my groove

Kuzco gets into his groove for until his energy runs out or until he is dealt knockback, this heals kuzco for x amount per second and also increases his chance to dodge crits by 10% per second.

When kuzco is dealt knockback while in his groove, the groove gets thrown off which frustrates kuzco which decreases the enemies armor and skill power by Y%

Whenever a enemy tries to attack kuzco at a close range, kuzco damages that enemy for x amount while also stunning that enemy for 11 seconds, he can only stun one enemy at a time with the skill.

When under 50% of his max HP, kuzco drinks from a glass but it has a extract of Llama in it which turns kuzco into a Llama for the rest of the wave.

As a Llama, kuzco is unable to use his white and green skills but he regains X% of his health slowly and can use his forms basic attack until the next wave.

“Threw off my groove” now makes the enemy who threw off his groove less durable against all skills that deals damage and also decreases the amount of HP that the enemy can be healed for from all sources.

All crits done to kuzco are now directed back to the enemy who’s attack critted against kuzco in the first place but the crit is 40% more powerful when directed back at the enemy.

Kuzco is now immune to all disables while “threw off my groove” is activated, kuzco gains a shield of x amount for 12 seconds when his groove is thrown off.
+X extra damage to tank enemies
+X shield HP
+X skill power

Kuzco teaches simba about why being king is the greatest thing ever…with the use of musical numbers!!

Cool reference to the TV series