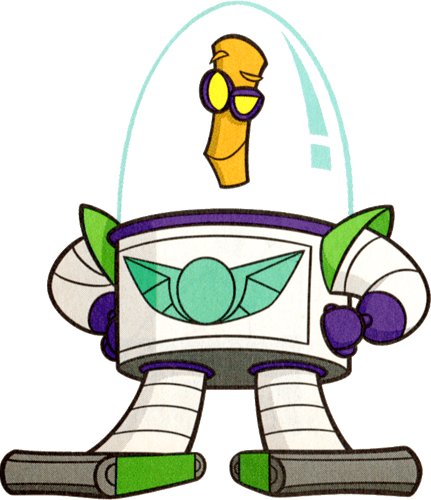 “Whoa! Full-scale? Buzz, listen to your trusty partner when I say, maybe we’ve overlooked a little thing I like to call negotiation.”

Victory:he puts his hands on his hips and smiles confidently

Basic attack:fires a blast from one of the blasters that come from his back compartment, dealing x damage

XR brings out a giant blaster from his chest compartment and shoots it at the enemy with the highest armor, dealing x damage and blinding enemies for 4 seconds

XR grabs out two blasters and shoots them at the two nearest enemies, dealing x damage to those two enemies

“Back together” now gives XR a shield of x amount.

I like it, but I would call the white skill “XR, GUN!”. A quote from the movie.