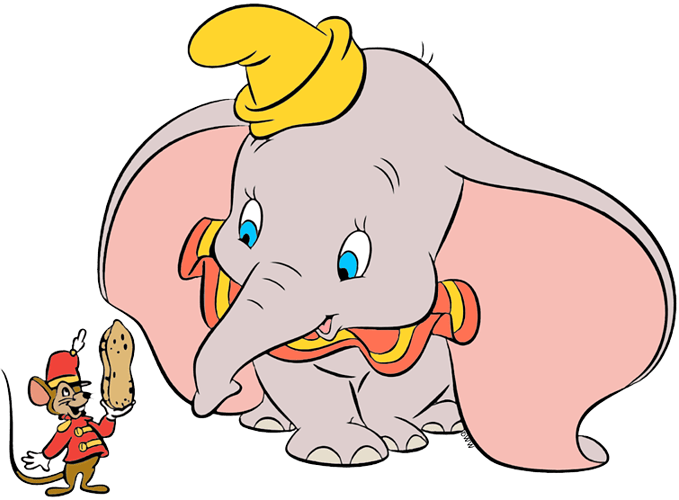 “The very things that held ya down are gonna carry ya up!”

The flying elephant flys above the competition while raining down peanuts and…pink elephants??

Entrance: dumbo flys into the battlefield then he hovers above his position before he lands on the ground

Victory: he smiles and wriggles his ears

Defeat: he faceplants on the ground

Basic attack: dumbo spits a peanut out of his trunk at the closest enemy, dealing x damage

Timothy feeds dumbo a bag of peanuts then dumbo flys over the enemy team while firing peanuts from above as he flys, dealing x damage to each enemy the peanuts hit while also knocking each enemy back and stunning each enemy for 5 seconds.

Green: advice from a mouse

Timothy gives dumbo words of encouragement, increasing the duration of any buffs given to dumbo while also healing him for x amount.

Every third basic attack, dumbo blows a pink bubble from his trunk which turns into a pink elephant that then lands on the battlefield and then marches through the enemy team, stunning each enemy it passes through for 5 seconds while also increasing the duration of any disable to each enemy by 4 seconds.

Purple: ninth wonder of the world

“Peanut pummel” now heals dumbo for x amount for each enemy he stuns with the skill.

Dumbo is immune to all disables and gains 2 stacks of hardy for every disable that an enemy tries to inflict on him.

Dumbo gains x more HP per stack of hardy he gains in each wave.

All stuns done to enemies are now 5 seconds longer.