A Fireside Girl of Troop 46231, Isabella uses her impressive patch collection and her charm

Entrance: Walks in and tosses her hair

Defeat: Buries her face in her hands and cries 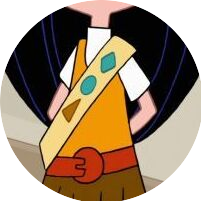 Passive: Instead Of having a Basic Attack, Isabella places a patch on her sash. Isabella has an equal chance to pull each patch.

Active: Isabella calls for the rest of her troop to run through the field, dealing X Damage to all enemies and removing 1 buff from each enemy. 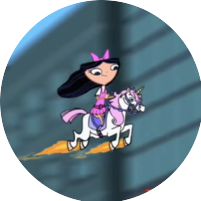 At the start of each wave, Isabella rides in on a unicorn ride and charges at the closest enemy, dealing X Damage to them. If the target is a Tank role hero, they are additionally dealt X True Damage. 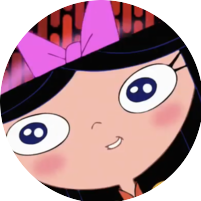 Whenever an ally is charmed, Isabella
out-cutes the enemy who charmed her ally. Charming them for 9 seconds and cleansing the charm from the ally. While charmed, they enemy gains X Skill Power

Isabella can use this skill once every 11 seconds. 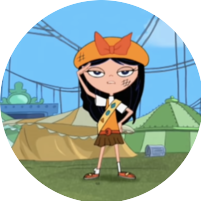 Buffs removed from Fireside Girl are given to the ally with the least buffs.

This can fail on allies above level X. 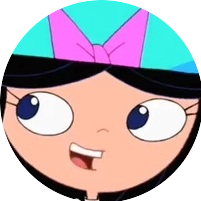 Each time an ally uses their active skill, they are healed for X HP. For every X HP Isabella has, that ally’s Max HP is increased by Y.

Isabella and Phineas & Ferb
Campaign: Troop Trouble
Disk: Backyard Bash - Each time Isabella or an ally is healed over Max HP, their attack speed is increased by 10% per star.
+X Max HP
+Y Reality to allies
Description: The rest of the fireside girls hav been kidnapped and Phineas & Ferb help Isabella find them in time for a party.
Allies: Mr. Incredible, Hiro, Kevin Flynn

Ok is it odd I thought this was a Mr. Rogers concept

I went into this thinking it was Flanders