The Imp That Can Multiply

Hey everyone tragic Magic…you know what? Let’s just get to the concept. (Note that Impfinity’s quote is inaccurate because he doesn’t actually say it but I can imagine him saying it.) 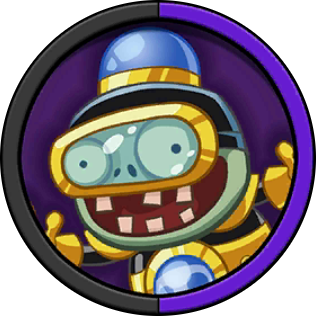 “Hahahaha! The more, the scarier!”

Dont underestimate THIS hero! Impfinity can clone himself to overwhelm his enemies. A true force to reckon with!

Role: Damage
Position: Mid
Trial Team: Yellow
Entrance: Hops to his position
Victory: Eats a brain cupcake and laughs, like Baloo
Defeat: Gets knocked out as stars circle around him
Attack: Presses a button which shoots a laser

White Skill: Multiplying Madness (Fantastic Damage)
Impfinity summons an Impfinity clone to fight along side him. Each clone has X HP and deals X fantastic damage with their basic attack and can only use their green skill. Impfinity can summon a max of 5 clones at a time. If there are already 5 clones, he heals them and himself for X hp.

If Impfinity was KO’d in battle and there are still clones left, Impfinity will return. The clones remain between waves of a fight.

Reality deduction is reduced against enemies above level X.

Blue Skill: In-Crypted
Impfinity hides the weakest ally in a gravestone, granting them a shield that has X hp, and grants the ally X armor and X reality. When the shield is destroyed, the ally is invincible for 3 seconds.

Impfinity can hide an ally in a gravestone once every 8 seconds.

Purple Skill: Brute Strength
Impfinity grants himself and allies X basic damage per Impfinity on screen. This stacks up to 6 times.

Cyborg Cookie (200)
Divide and Conquer
Clones at Combat Start
+Basic Damage
• Impfinity starts combat with 2 clones at the battlefield.
• The maximum number of clones on screen is increased by X (+1 per star Level) up to 6 (+1 per star Level).

What do you rate Impfinity’s concept?

Feedback is always appreciated.
Critique this if you need to.

So will the other imps be able to use the original one’s skills?

Yes, but only the green and it will be slightly weaker.

so you should clarify that.