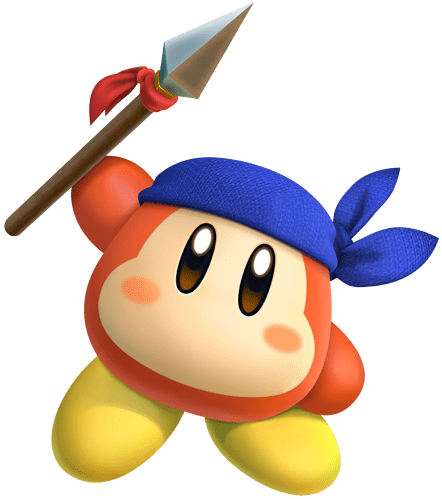 Entrance: flys down using his spear like a helicopter blade.

Victory: he raises his spear in the air triumphantly

Defeat: he spins around and then falls onto the ground

Bandana dee unleashes a flurry of spear jabs at the closet enemy, dealing x damage to that enemy per hit.

At the start of each wave, bandana dee waddle-copters over the enemies then he drops down onto enemies with a spinning downwards spear attack, dealing x damage to any enemy in the attack zone.

“Wcmd” now steals armor from any enemies hit by the falling spear attack.

is this for my King Dedede concept lol