The most feared predator (Likely concept) 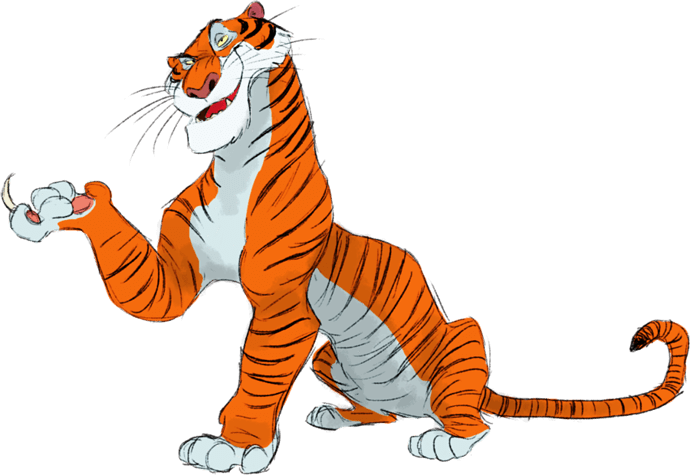 “Oh, please don’t insult my intelligence. It makes me irritable.”

Shere khan sticks to the shadows, only coming out to pounce onto enemies he considers to be prey

Shere khan hides in some grass in order to prepare for an ambush, this turns shere khan invisible until his energy runs out, while he is invisible, he constantly heals himself for X amount every 5 seconds and gains 15% skill power every 5 seconds.

Once his energy runs out, shere khan pounces onto the nearest enemy, dealing X damage to the foe, stunning them for 10 seconds.

Shere khan is also immune to the effects of precise while he is invisible.

Shere khan raises his claw before then slashing the nearest enemy with a hard blow, dealing X damage to the enemy and stunning the enemy for 10 seconds.

If shere khan is invisible while he uses this move, the stun lasts 5 more seconds and the move now deals X damage overtime for 10 seconds.

Shere khan roars at the enemy team, scaring all enemies for 10 seconds and knocking the two frontmost enemies back.

If shere khan is invisible when he activates this move, the move now saps the two frontmost enemies and decreases their armor by 45%

Whenever an enemy is scared, their movement and attack speed is decreased by 15% every 2 seconds

This is increased to 20% when shere khan scares the enemy while he is invisible.

While shere khan is invisible, all of his attacks and skills are guaranteed to crit until the invisibility wears off. whenever he crits against an enemy, he heals himself for X amount.

Whenever an ally becomes invisible, their critical power is increased by 45% until their invisibility wears off.

Whenever shere khan’s health goes under 35%, he gains X more skill and X critical power for the rest of the wave.