The pine tree (Requested by @IAmSpongeYo)

(Today’s concept was requested by @IAmASnowySpongeYo) 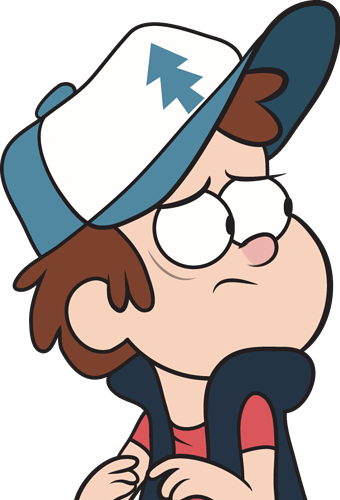 “Time to show grunkle stan how a real mystery hunter does it! Dipper out!”

Entrance: Dipper walks in with journal 3 under his arm then he pulls out the journal and opens it

Victory: dipper puts the journal down and cheers excitedly

Defeat: dipper screams in terror as he accidentally drops the journal

Basic attack: Dipper flips through the pages of his journal, studying the nearest enemy for 5 seconds at a time, enemies who are already studied instead has their armor decreased by 50% for everytime dipper studies them.

Dipper finds a interesting page in the journal and shows it to his allies, increasing the duration of the studies that they inflict onto the enemies by 4 seconds and also makes all allies immune to being scared for 10 seconds

Dipper uses a magnet gun to pull the backmost enemy into the frontline, stunning the enemy for 6 seconds and also decreasing their movement speed by 100% when the stun wears off

Dipper is immune to being disabled by enemies that have been studied by dipper or any of his allies.

Red: Stay out of this

“17 cameras” now blinds enemies who are under 60% of their max health for 3 more seconds.

“Magnet gun” now targets two backmost enemies instead of one.

Remove the wiki. Or else anyone may edit it

decreasing their movement speed by 100%

This is basically a freeze.

So Dipper can’t blind enemies with this skill if the targets are already studied? If so, edit it

been studied by dipper or any of his allies.

Dipper is immune to disables from studied enemies.