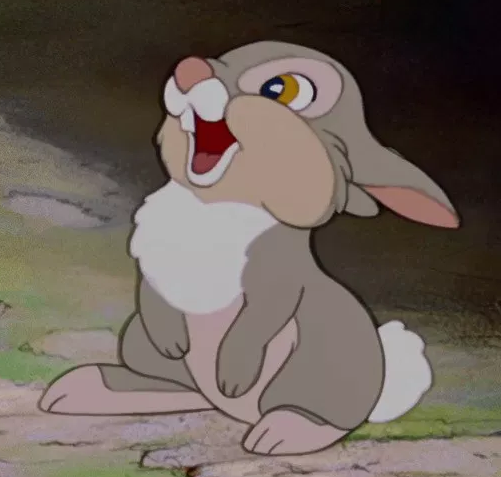 Quote: “If you can’t say something nice, don’t say nothing at all.”

Blue Skill - the Good Stuff
Thumper throws purple blossoms at enemies. Each enemy that steps on a blossom takes 35% additional damage from allies.

Purple Skill - Fun-Lover
Thumper gains X HP each time an enemy steps on a blossom he threw with his “the Good Stuff” skill. His max HP is increased to X.

Red Skill - All Play, No Work
Thumper’s attack speed increases by 15% each time he performs his “Speedy Stomp” skill.