Here are some issues that we’re currently investigating following the 1.15.4 update:

These issues have been resolved:

We’ve turned off the hero spotlights because they are causing some players to freeze. The team is looking into it, and we’ll turn them back on once we have a fix.

Also adding above, push notifications are not currently working for iOS devices.

Friendship added for Gizmo/duke Caboom, but doesn’t show up on gizmo’s disc page. However we can level up the friendship with daily quests

This friendship isn’t released yet, and having it on the mission list is an oversight. We’ll make sure that’s updated to remove the mission.

The rewards are cumulative, so the Insane level grants 500 more disk power over Super Hard.

What happened to the hero spotlight?

Could you resize Red skill symbol(?) in Korean version?
In Korean version, This symbol is bigger than English version
Character appearances are hided too much.
I love DHBM characters’ appearance / portrait.

+) There is a minor error (in Korean version) Heroes small views (I can’t express English well. So I uploaded screenshot in my post ↓)
@Polaris

@Polaris When is the crate for Powerline gonna be available?

I hope so because he looks really good! I hope for tomorrow though!

We have fixed the following issues:

On Kindle Fire, the game is nearly unbearable. It’s slow, it crashes almost every time I enter combat, and often when I try to say something in chat the keyboard will take a minute to pop up, and immediately hide before I can type anything. I have no issue with other games.

This mught sound crazy, but have you tried leaving your guild? I find it responds better when you are not in a guild.

I’d really rather not…

It works better after I joined another guold though… Idk…

How about leave and join again?

I had an issue where I tried quick fighting a friend campaign chapter, I was defeated and I immediately went for a normal fight, won and it then came with an error “you don’t have enough stamina to do this”… so I had to fight again once I refilled friend stamina. It shouldn’t have let me fight if I didn’t have enough stamina in the first place.

I had plenty of friend stamina refills anyways

There’s some sort of bug with Hook where he can become indefinitely invincible.

I battled the below, in Coliseum, and after running out of energy the Hook remained invincible until the end of the wave, picking off my heroes in the process. His HP and Energy bars disappeared for this time and only reappeared each time he reached full energy and used his active skill again.

I tried to battle again and record it, but unfortunately it didn’t happen the 2nd time and he died. 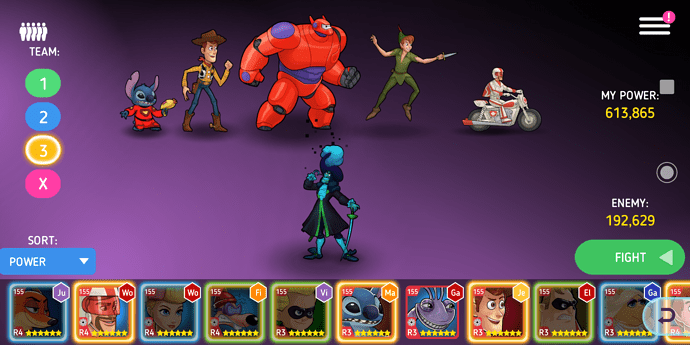