Hi, I´m here again and this concept was requested by @Dr-Doofenshmirtz, hope you enjoy it and at the end please post all feedback 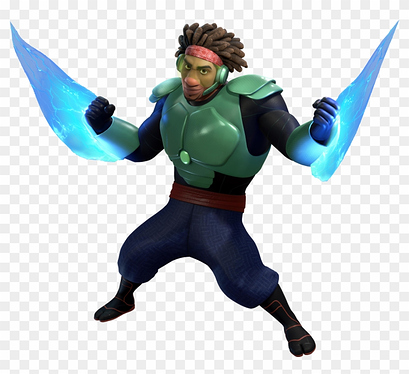 Entrance: he walks into his position
Victory: he jumps excited and put his fist up
Defeat: he screams terrrified
Basic attack: he punches someone with his laser beam

Green skill: The light´s red
The two most front enemies see a red light, this deals X damage and stuns the enemies for 7 seconds, the stun can fail if the enemies are above X level

Purple skill: What´s the plan
When wasabi is under the 25% of his max HP he gains 100% attack speed, X tenacity and X HP

Red skill: All has it’s place
When Laser induced plasma is being used all the enemies have their attack speed reduced by 50%, the reduction of velocity can fail if the enemies are above X level.

Wasabi/Fred
Where´s the school
Allies: Simba & Nala, Hank & Dory and Scar
Buff: What´s the plan can be used at the 30% of his max HP
+5% per star

Please post all feedback and how would you rate this concept?

Also, should I change the quote?

Quarantine? Do you guys know what quarantine means?!

Also, should I change the quote?

I don’t think so honestly, it fits perfectly with the modern scenario we’re all in. And this was super fun, I love how you gave him a friendship with Fear, that’s just genius

I also love this idea for a dodge. We need more creative dodge skills like this. Awesome job! Also, thank you for submitting my request, lol