Welcome to the jam(unlikely concept remake) 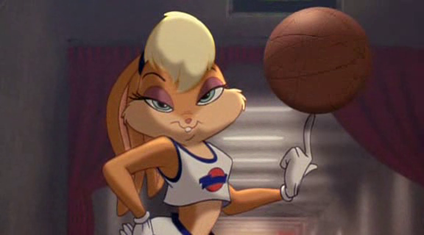 Entrance: lola comes in with a towel wrapped around her before taking it off and grabbing a basketball

Victory: lola spins a basketball on her finger while putting one of her hands on her hips

Defeat: lola crosses her arms and scowls at the enemies

Lola jumps and dunks an exploding basketball down onto the enemies, dealing x damage to all enemies.

Lola dribbles the ball away from the nearest enemy who attacks her.

Whenever she dodges an attack, lola attack speed increases by 200% for 4 seconds.

Whenever lola falls under 40% of her health, lola heals herself for x amount and increases her movement speed by 150% for 3 seconds.