Who's your friend that likes to play 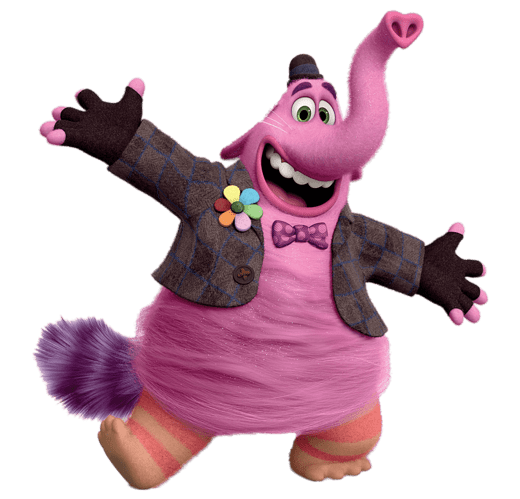 Entrance: bing bong cartwheels into the battlefield then he tips his hat with his trunk before he gets into a fighting position

Victory: bing bong squeals like a dolphin and claps his hands

Defeat: bing bong turns abstract and tries to run but he falls over and breaks apart

Bing bong pulls in his wagon and then gets in and rides it into the enemy lines while singing his theme song, this deals x damage to any enemy that is in the way of the wagon.

Bing bong pulls out and throws several items out of his bottomless bag including a boot, an anchor, a trumpet and the kitchen sink

When under 20% of his health, bing bong blows his nose like a trumpet which silences all enemies for 8 seconds and heals himself for x amount.

“Wild wagon ride” now applies “abstract” to all allies which turns all debuffs that the allies has into buffs as well as healing them for x amount per second.

All heals to bing bong from him or his allies are now also redirects to his allies as well while also increasing his max health to x amount when allies are healed while they have “abstract” applied to them.

“A mean nose” now speeds up allies when they have “abstract” applied to them.

Allies who have “abstract” applied to them are now immune to being sapped.

“Bottomless collection” now has a chance to cause two random effects depending on the two items thrown at the enemies last.