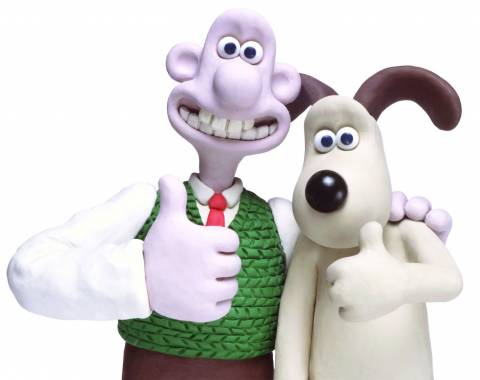 Entrance: Wallace and gromit ride into the battlefield in their exterminator van then they hop out as the van dissapears

Victory: Wallace shakes his fists happily while gromit gives a thumbs up to the camera

Defeat: Wallace gets a shocked look on his face while gromit face palms

Passive: for their basic attack, Wallace eats a toast with jam on it, healing them for X amount, while gromit throws a cookie at the closest enemy, dealing X fantastic damage.

gromit pulls out a mini-gun version of wallaces porridge gun then he shoots porridge at three random enemies, dealing X damage to each enemy, blinding them for 10 seconds and decreasing each enemies attack speed by 50% for 10 seconds.

Every few seconds, the techno trousers walks through the battlefield, dealing X damage to each enemy it passes through and knocking each enemy back as well.

Wallace and gromit heals for X amount for every second that an enemy is blinded by any source.

Wallace and gromit cleanses two debuffs off themselves each time that the techno trousers walks through the enemy team.

Wallace and gromit increases the duration of a blind by 5 seconds if a target enemy is already blinded by any source.

Wallace and gromit are now immune to crits for 2 seconds for every time that they gain a stack of hardy.